BTS sing and dance their way to the U.S. 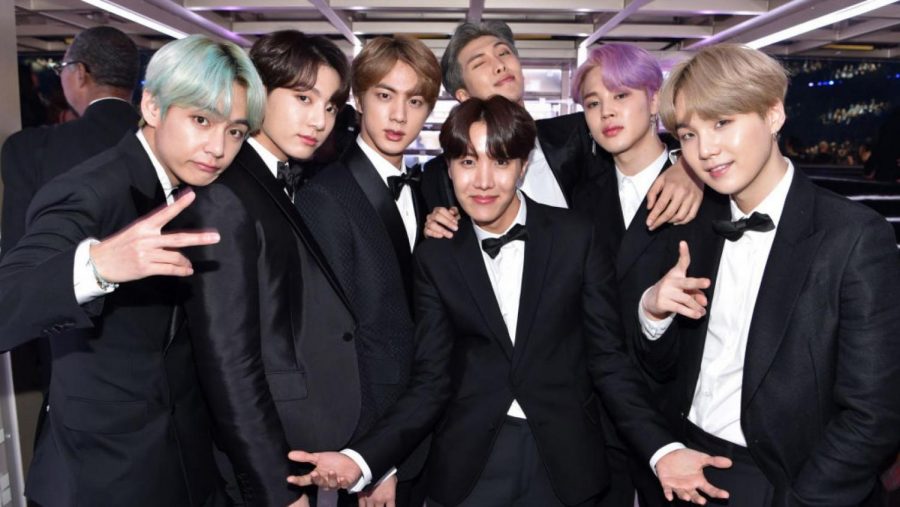 BTS, also known as Bangtan Boys, is a South Korean boy band created in 2013 by Big Hit Entertainment. For their third worldwide concert, they are making their way to the U.S. Their tour will begin May 4th in Pasadena, California at the Rose Bowl stadium. BTS will also appear in Chicago and New Jersey.

There are seven members in the band, Suga, Rm, and J-Hope are the rappers of the group. V and Jin are sub-vocals. Jungkook and Jimin are the lead vocals. RM is the only member of the band who is fluent in English, he is considered the leader of the group. He is often the group’s translator when it comes to interviews and talk shows. They have appeared in many talk shows like The Tonight Show Starring Jimmy Fallon, The Late Late Show With James Corden and Ellen.

During their concert, they will be performing all their songs from the Love Yourself album which includes Best Of Me, Dimple and Pied Piper.

“I love BTS and will be driving all the way to New Jersey from Virginia to go to their Concert,” sophomore Melanie Reyes said.

Freshman Stephanie Manco shares the same excitement about the concert. “When I first heard of BTS I didn’t really like them but after listening to a lot of there songs and getting to know them online really changed my mind,” Manco said. “They are my favorite band in the whole wide world and I almost fainted when I found out they were coming to the U.S again, I will definitely go to one of there concerts.”