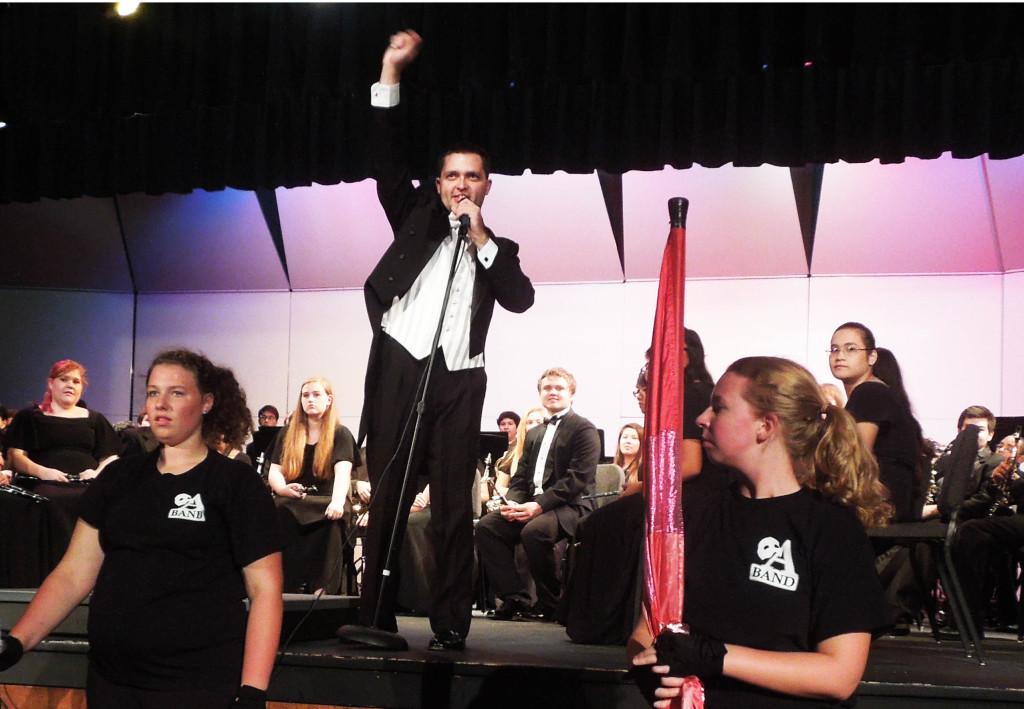 “This was definitely the best fall concert in a very long time,” band director Adam Hilkert said. “We had a dress rehearsal immediately before the concert and this was leagues better. I’m very happy about that.”

The show took place on Oct. 10 at 7 p.m. in the auditorium. It began with a tune-up led by Drum Major senior Ahyeong Park and a brief announcement from Hilkert before performing Gavorkna Fanfare and Second Suite in F for Military Band, an arrangement consisting of four songs: March, Song Without Words (“I’ll Love My Love”), Song of the Blacksmith and Fantasia on the Dargason.

“I loved the show, I thought it was excellent,” audience member Mikel Dash said. “My favorite part was the first song, the Gavorkna Fandare, and I liked the drums. That was my favorite part: the percussion.”

The Marching Atoms performed their On-Field Warm Up, The Phantom of the Opera, Toccata and Fugue in D Major, Music of the Night, and Masquerade on stage while the Color Guard performed on the ground below.

Although the band is proud of their performance, they have to continue to prepare for upcoming performances and competitions, including the Marching Atom’s performances at Homecoming events, their state assessment on Oct. 19 and their National competition at the Naval Academy on Nov. 2.

“Basically every time we have a performance, even if it’s an outstanding one, I tell them: That’s now your new worst performance and we have to get better and better and better,” Hilkert said. “So that’s what I look forward to: is it getting better than that.”