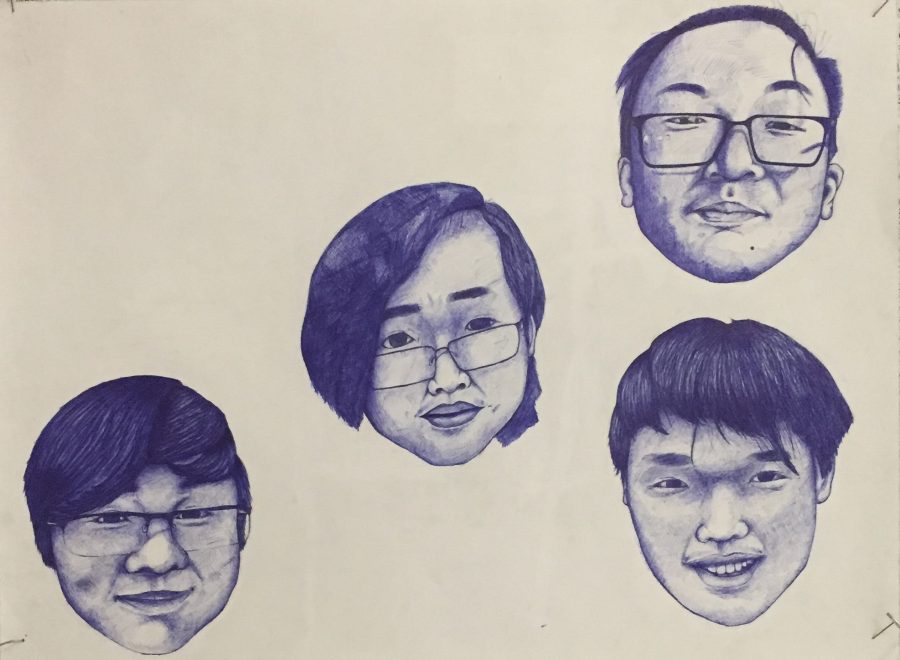 One of the many students in the Pyramid Art Show is eighth grader Duc from Holmes Middle School. His art work  Blue Smiles has a deeper meaning behind it.

“The deep meaning behind it is that everybody has feelings no matter who they are,” Duc said.

His artwork Blue Smiles is located in the second column on the top.

The Pyramid Art Show is an event that has taken place at Annandale in Clausen Hall for the past five years. This year the art show took place on April 4. It displayed the artwork of students from different schools.

“We used to do the Pyramid Art Shows at the different Pyramid schools, but for the past five years we have been doing it here at Annandale,” photography teacher Meredith Stevens said. “I’ve been teaching here for 12 years and we’ve always had a Pyramid Art Show.”

Each of the principals from different schools gave out two awards based on the artwork that they thought stood out the most. If there is an assistant principal, four awards will be given per school.

At the art show there was a kid friendly drawing activity in the front of the school where kids could draw and place their work for everyone to see. They even offered a selection of healthy and delicious free snacks and drinks for everyone who came.

The night started out crowded and the turnout was great. Everyone seemed pretty thrilled, especially the parents who were happy to see their kids’ artwork and all the hard work they put in.

There were a lot of different forms of art, ranging from sculptures, paintings, mobiles, 3-D art, photography and computer graphics.

“Making our wheelchair was the hardest thing to make of our sculpture,” sophomore Jean Quinones said. “It was really hard not to give up on it.”

The art show had such a great turnout and everyone seemed proud of their accomplishments. A big thank you to the Art community and everyone that helped out to make this year’s Art show.