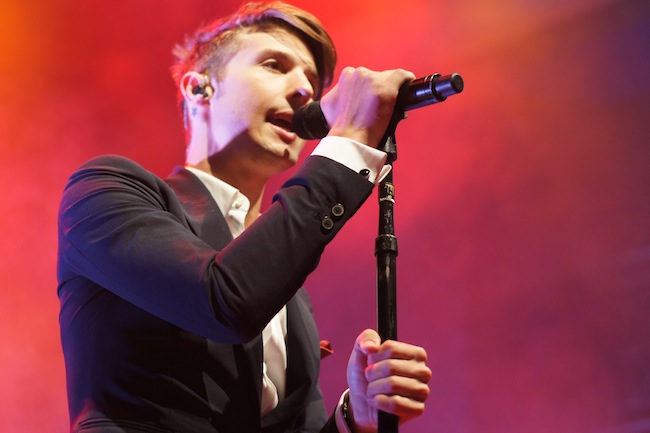 On Wednesday, radio-rockstars Hot Chelle Rae sold out the 9:30 Club in Washington D.C.. The band’s show was part of their Beautiful Freaks tour with Electric Touch from Austin, Texas and Action Item from New York City.

This time last year, the pop-rock Nashville band made up of lead singer R.K. Follese, brother Jamie Follese on drums, guitarist Nash Overstreet and bassist Ian Keaggy, were just starting to blow up. Last tour, the band opened at a small local venue called Jammin Java, so to be able to not only headline, but also sell out the 9:30 Club is quite a feat. They quickly maintained Top 10 radio status, topping the iTunes charts as well.The band first started to get radio play with their song “Tonight Tonight” which was unarguably one of the biggest and overplayed songs of summer 2011. Recently their songs “I Like It Like That” and “Honestly” are among the most-played radio songs.

The show was exciting and packed and filled with dedicated fans. The bands setlist from Wednesday night was as follows: