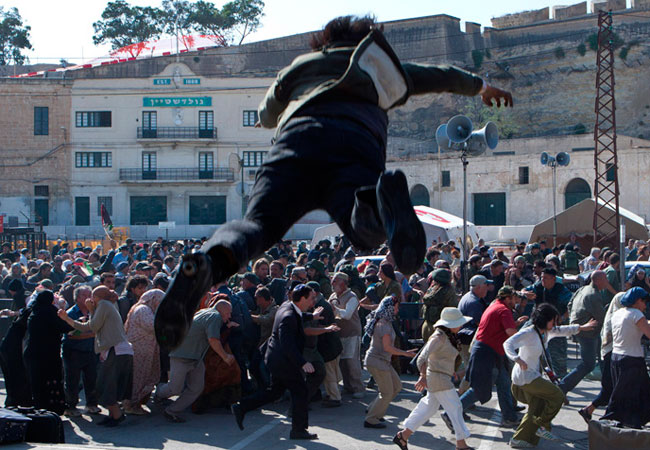 Even those who think they know everything there is to know about zombies are completely blown away by World War Z’s interpretation of how zombies act.
Unlike many other movies, World War Z depicts zombies as fast moving and some-what intelligent creatures.
Brad Pitt plays Gerry Lane, an ex-United Nations investigator, wonderfully. Lane quickly figures out what is going on when he sees a man bit then turn into a zombie. Lane’s former UN employment gives him and his family a gateway to safety in exchange for his help to find the source of the outbreak.
Apart from Pitt, there were not many other A-list actors. In World War Z, Pitt is the only main character apart from the masses of sprinting zombies.
In any other zombie movie, the zombies are completely brain-dead and easy to kill because of their slow speed which makes them a little less scary than the zombies shown in World War Z.
In both the book that the movie was adapted from and the movie itself, zombie-ism is approached in a scientific way making it seem more like a rabies outbreak.
While the movie was memorable and in many ways interesting it does drag out and does not stay true to the original book of the same name. While many two-hour movies only seem to go on for an hour, World War Z takes a while to get to the point.
In all, World War Z is definitely worth the ten dollars.
Grade: A-