Insidious Chapter 2 gets viewers on edge 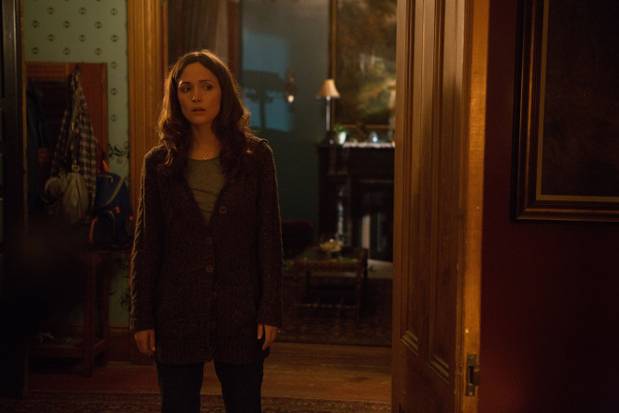 With the lack of originality and suspense, if this movie happens to win an Oscar, it should go to the orchestra and camera crew. Insidious Chapter 2 is the sequel to the original Insidious, showing the same actors and actresses along with the same demons from the first one and almost the same storyline.
Rather than start off right where Chapter 1 ended, it started with in a random scene where a supernatural specialist Elise (Lin Shaye), hypnotizes young Josh (Josh Feldman) into forgetting his past. After Josh is eased, the movie flashes forward to his wife, Renai Lambert (Rose Bryne) defending her husband in an interrogation room. Older Josh (Patrick Wilson) is suspected of strangling Elise. When is reality the demon, Parker Crane took over his body.
Crane is influenced by his psychotic mother, known as Mother Martica (mother of death), to murder the Lambert family. As a child Crane was forced by his mother to mentally and physically act like a little girl which left him emotionally scarred and damaged, causing him to be more of a lunatic then his mother was.
He is led (by his mother) to murder numerous people dressed as a women in a black wedding dress and a black veil, giving a very creepy and frightening impression.
Director James Wan has improved on camera manoeuvring from the first movie tremendously. Wan’s wide variety of camera angles gave the scenes unusual depth of field. The use of panning illuminated the setting of Josh’s mother’s house and the demon world. In the beginning as the camera is zooming in on the interrogation room the darkness and open space makes the audience feel as if they’re there.
Besides his better camera technique, his music choice also improved with ominous alterations to the simple nursery rhyme “Row, Row, Row your Boat” and “Tip Toe through the Tulips”. These two rhymes drive the movie to become more suspenseful and pushes viewers onto the edge of their seats.
Sudden blast of trumpets or elongated viola notes made transitions between scenes suspenseful and scary. The methods Wan used to intertwine demon screams and intense violin notes was pure genius. From just closing your eyes, every hair on your arm would stand in freight.
Two unlikely clumsy ghost hunters did manage to scrap a few laughs; with their honest fear and quirkiness. They may have been passive characters but they were the only two characters that acted like modern human beings when it came to the supernatural situations.
I rate this movie a B+ because of lack of originality and improvement on making the movie itself scary.