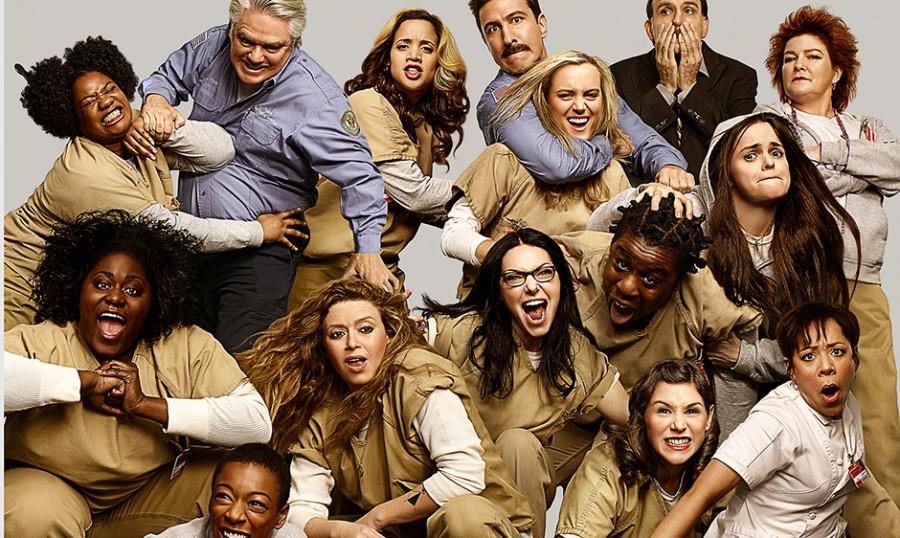 The show is about Piper Chapman, an engaged 33 year old woman living in New York CIty with her fiancee Larry, whose past comes back to haunt her. Shortly after her engagement, she received a letter from the Litchfield Department of Corrections saying she has been accused of transporting drug money to her drug-dealing girlfriend at the time, a crime she committed almost ten years prior.

Her blissful life, now suddenly halted by her past, turns into hell as she self-surrenders soon after and is sentenced to 15 months in a minimum-security federal prison known as Litchfield Penitentiary. Her adjustment to prison life is reluctant, until she reunites with her drug-dealing ex-girlfriend, Alex, who happens to be the reason she’s in there.

AHS senior Sheba Berhane is an avid watcher of the show and has kept up with all three seasons.

“It’s funny like it makes me think prison is sweet. I like the flashbacks so we know what brought the girls to prison, it’s a good build up,” Berhane said.

The series comes out roughly every six months and its’ fourth season is scheduled to come out in the summer of 2016.