Call of Duty: WWII Lives Up to its Potential, For Now 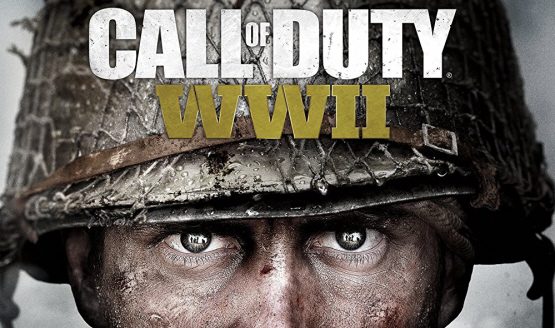 It’s been five years since Treyarch and Activision released Black Ops II, a game in the Call of Duty franchise that is still relevant even today due to the abysmal four Call of Duty titles released afterwards. COD: Ghost: horrible map layouts, weapon balancing, and an odd singleplayer campaign. This is coming from the creators of Modern Warfare, Infinity Ward. Disgraceful. COD: Advance Warfare, setting in the very futuristic world, it gave us a somewhat good and structured campaign, yet it also gave us the god-awful Exosuits with god-awful jump boost, an atrocious gun-balancing, and the PTSD giving supply drops, now known more professionally as “microtransactions” that made the game pay-to- win.

COD: Black Ops III really tried to make the most out of Exosuits, not making them as crazy and wild as the last title. The multiplayer was somewhat decent for a month until they added “supply drops” where you could pay to get a gun no one else could unless you bought
supply drops. The campaign sucked as it had no connection to the previous Black Ops titles. At this point you paid sixty bucks for a third of the game for zombies. $140 if you bought the season pass and the Zombie Chronicle map pack.

Then comes Infinite Warfare. Let’s not even go down that path. Hey at least we got Modern Warfare Remast- oh wait, you could only buy it with Infinite Warfare? For $80? And it would have microtransactions as well? Hey, Battlefield’s going back to World War 1? Now, we move on to COD: WWII. The newest game in the Franchise has been a breath of fresh air, as it would not only be the first boots-on- the-ground COD game in three years, yet we are also going back the era that made Call of Duty. COD gamers are getting the M1 Grand back, the M1911 is a secondary again, the original M1A1 Carbine is back, and the Tommy gun has return. Nostalgia has returned.

So have supply drops. Now, so far, the supply drops have only been cosmetic, so it’s not pay-to- win. Yet. The multiplayer had already gotten off a bad foot with the servers crashing on release day. Though, the singleplayer ampaign was there to entertain you, and boy does it entertain.
The storyline follows Pvt. “Red” Daniels and the Platoon he goes to the frontlines with in the 1 st Infantry Division through the landings of the beaches on Normandy, the Liberation of Paris, the Hurtgen Forest, the Battle of the Bulge, and the crossing of the Rhine. It also follows the brotherhood men gained from fighting to keep each other alive, the sacrifice they made to liberate Europe from Hitler’s grasps, and the losses they suffered.
The Multiplayer is bit off on weapon balancing with a few of the rifles being very overpowered and overused like the STG and the SMGs being a bit weak at short range.

WWII has introduced Divisions, a new “approach” to you players’ loadout, where each of the five divisions have a “unique” set of skills, or perks, and a preferred gun class. WWII also introduces a new game mode in “War” where its similar to Battlefield 1’s “Operations” one team must defend the objective while the other attacks and escorts the Sherman Tank through the map. Last but not least, the zombies. Nazi Zombies, to be exact.

They look fresh from the dead. The raw use of half-skin half-bone face, obvious decomposition going on with the zombies, the jump scares they currently offer, it adds a little bit of genuine fear in gamers. The easter egg is a quite easy to do, it only takes about three hours max, which is a shame because zombies is usually about the easter egg, The easter egg should be hard to figure out, as well as difficult t preform, yet it was figured out before the game was released. Call of Duty hasn’t reached its potential since Black Ops II, though with the release of WWII, it’s brought back the nostalgia of World at War and the boots-on- the-ground gameplay that made the Franchise. Though, with microtransactions in a Call of Duty game once again, it’s something that puts fear in gamers if Sledgehammer allows more than cosmetics in supply drops that could
make the game pay-to- win, and at this point, following Call of Duty tittles for years to come.