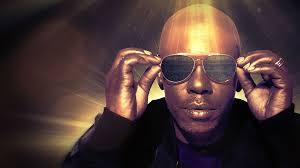 Dave Chappelle, famous for his edgy, somewhat society-defying dark comedy, is back for his second set of Netflix specials. Coming off a successful yet highly criticized first set of Comedy Collections in 2017, Chapelle looks to once again take the comedic world by storm with his second collection of dark humor.  “Equanimity” is filmed in his hometown of D.C at the Warner Theater. Chappelle talks about Trump, his comedic skills, interracial couples, and from his view the problems the transgender community has with him.

“The Bird Revelation” takes place in LA at The Belly Room Comedy Store. Chappelle talks about Hollywood stars with sexual allegations, mainly Harvey Weinstein and Louis C.K., the current oppression of African Americans, a little more of Trump with VP Mike Pence, and the hard battle women are fighting for sexual assault awareness.
The dark humor he enlist in his specials are about society and the problems it’s facing with the progression movement. Not insulting it, though explaining that everyone is very sensitive to “controversial” topics.

So, he cracks jokes at these social issues but still reminds the viewer that he believes in human equality just as much as the next democrat, he just lets them know everything is kind of funny to him because he is a comedian. He’s supposed to find a light in these situations.  Critics have bashed him for saying such things and making these horrible jokes at the expense of those confused of who they are. Yet, Chappelle has been doing this for the past 20 years. He’s been doing dark humor, he’s been finding humor at the expense of social issues.Dave Chappelle has been around for a very long time, he’s always done this type of comedy. He’s always been messy.

The special is very offensive if you’re very sensitive. If you are this very liberal person who dedicates themselves to defending those who are constantly discriminated in society, you will not like these specials. For those who enjoy dark comedy, understand the jokes, and feel guilty for laughing at such horrible jokes, you might like this collection.