On My Block’s first season 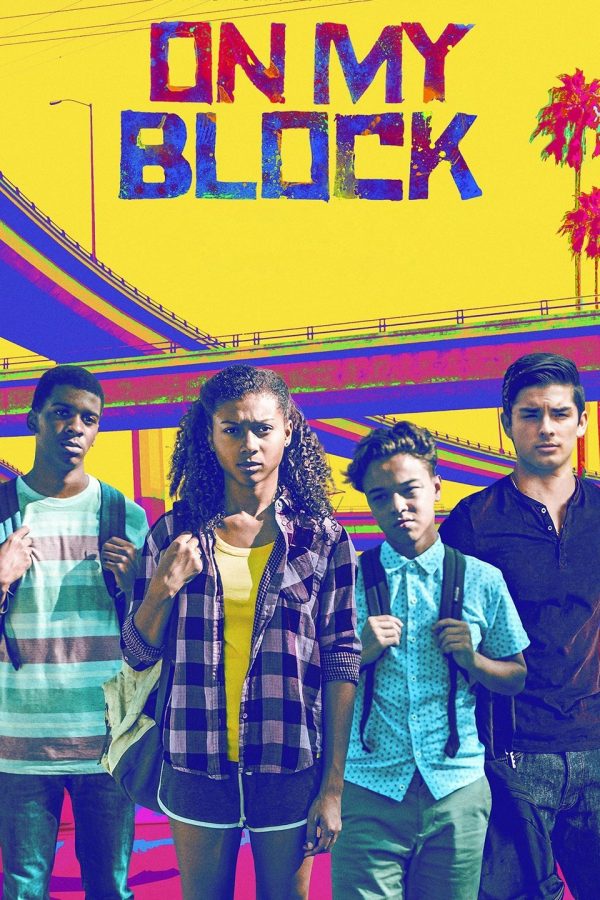 On My Block is a Netflix original that has caught everyone by surprise. It features a very diverse cast which is one of the reasons for the huge publicity it has been receiving.It is popular among high school students because it is about high school students. It follows a group of freshmen who are trying to survive high school.  Besides the cheesey backstory, the show has real life issues that are shown and sometimes put into jokes.This show is also about gangs and violence that goes on.

One reason it has been trending is due to some of the actors and their looks. “Ruby was the cutest because he was so sweet to Olivia. His grandma was funny too.” junior Vitalina Fuentes, said. The show has been trending everywhere, and memes have been made from some of the more intense scenes.

One scene in particular has had everyone talking. The season finale ends with a bang, literally. “Ruby didn’t deserve that” junior Vitalina Fuentes,said.
The first season only features ten episodes, with each episode being half an hour. Every episode counts, so don’t be left wondering what happens.