Call of Duty: Black Out beta 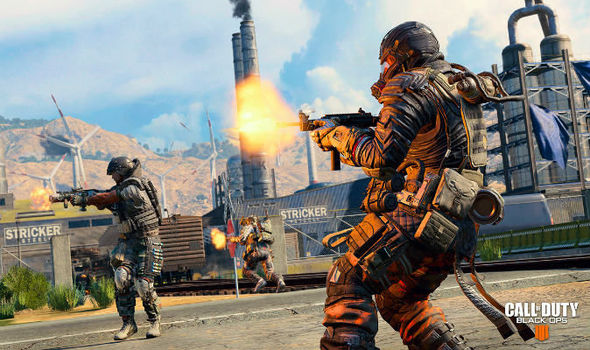 Call of Duty has become one of the most recognizable and highest ranking first person shooters.
Released under Treyarch and Infinity Ward gaming companies, this is the fourth installment of the Black Ops series.
Besides the Black Ops series, Call of Duty has released 16 other games, with one of the most successful set of games being the Modern Warfare series, released prior to any Blacks Ops game.
This new Black Ops game is different than previous games. Their games are usually either team matches or free for all. But with the popularity of Fortnite and other battle royal games, COD has had to adapt. In their new game, Black Ops 4, Call of Duty has acclimated into the battle royal area.
Players can now experience the fast paced arena of Call of Duty with the battle royal mode we have all come to love. So far there have been two betas released.
The most recent has been the Blackout Beta. The beta was released for Playstation 4 on Sept. 10 and for Xbox and PC on Sept. 14.
Blackout is strictly for the battle royal mode. Once you get into the game, your character is in a helicopter flying over the vast map.
This new map is bigger then any other Call of Duty map that we have seen before. It also has encompassed maps from other Call of Duty games including Nuketown from Call of Duty Black Ops 3.
When you fly down to the arena, your character has a wingsuit and pulls their parachute on their own. As for weapons, they are standard Call of Duty ammunitions.
They range from assault rifles to snipers, with many classes inbetween.
There are also vehicles that you can find and use. The vehicles consist of ATVs, helicopters, trucks, and boats.
The overall game play for blackout is pretty fun. It is quick games of 100 people or less. The game is basically Fortnite or PUBG but with much better graphics and vehicles.
There are 3 constant game modes which are solo, duos, and squads. However there are also special game modes that are limited time including fast collapse.
Fast collapse is regular game play but with a quicker storm. Multiplayer will also be included. It will be the normal Call of Duty style everyone expects.
A new story mode for zombies may prove to be the best one yet. It takes Scarlet Rhodes on an adventure to solve her eccentric father’s mysterious disappearance.
The installment includes time travel to find a relic that could destroy humanity. The game seems to be jam packed with action.
It will be an amazing new game with fabulous graphics and wonderful game play. The Black Ops 4 game is set to release in the next couple of days, on Oct. 12.