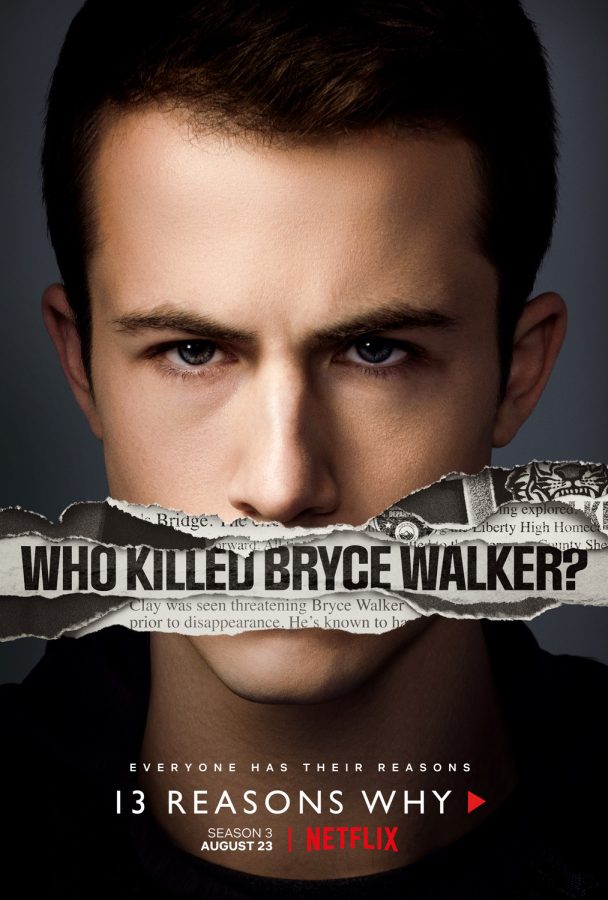 With the introduction of a new character and a murder mystery, 13 Reasons Why releases a third season after it’s last on May 18, 2018.

“Finally, a new season,” junior Evelyn Granados said. “I loved watching the show and the last season left me off with a cliffhanger.”

In the first two seasons, the show began all about Hannah Baker.
Baker was played by actress Katherine Langford, and the show revolved around all of her reasons as to why she committed suicide.

She made cassette tapes of all the people that caused her to kill herself and explained the reasons why in each one.
However, in season 2 of the show was mainly focused around Clay and not Hannah. Throughout the show, Clay is imagining Hannah’s spirit and everybody in the show is going through their own problems.

“Honestly, I didn’t like season 2 compared to season 1,” Granados said. “I don’t like how oddly the show shifted.”

Now, Season 3 of 13 Reasons Why has a totally different story line than the first 2 seasons. This season is mostly about Bryce Walker and Justin Prentice. This season goes in-depth about the characters that weren’t liked by many viewers.

Also, the show introduces a new character to the plot who is Ani Achola, played by actress Grace Saif.
Ever since the new season came out, everyone has been saying that it was a really good show.

“I think shows like this will take a lot of time and money,” junior Najma Abikar said. “Most people think that the show is stretching the story, but I enjoy the twists and drama on the show.”

Season 4 was announced just recently by Netflix. This announcement sparks new theories and outcomes that could happen in the next season of 13 Reasons Why.