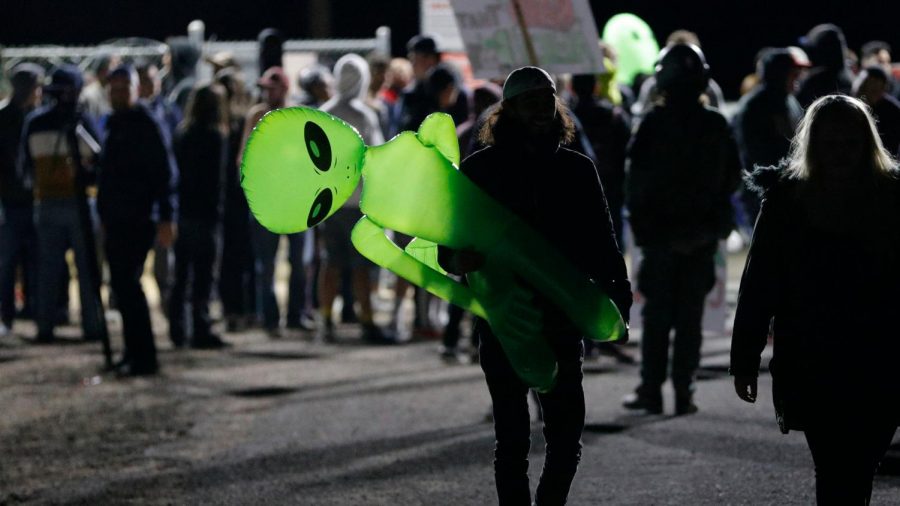 The storming of Area 51 started out as a joke, but, things escalated quickly because people actually wanted to go. The joke started from Matty Roberts on Facebook inviting people to come, “They can’t stop all of us,” said Roberts.

Area 51 is a U.S. military site somewhere in a desert in Nevada. The site is a highly classified US Air Force base known as Homey Airport or Groom Lake base. Since no one that isn’t in the military has gone past the gates, people believe there must be some extraterrestrial technology happening within the gates.

You can see memes all over social media such as Instagram, Twitter, and Snapchat making the event even more popular. Almost everyone knew about it, “I saw so many memes about Area 51, I was tired of it and if you did not know about it, then you must live under a rock,” junior Najma Abikar said.

The U.S. military threatened to launch aircraft at the ‘Storm Area 51’ event because of a conspiracy theorist. Later on, The U.S. apologized for this threat.

The event was scheduled for September 20, 2019, and 2 million people claimed that they were going to be there. There were 150 people seen near the Area 51 gates and 75 were at the actual gate.

Nobody actually passed the gates since military security officers were protecting the gate. The people that were at this event were very disappointed with the outcome. Many more people were expected to be there but the turnout was very low, disappointing many people.