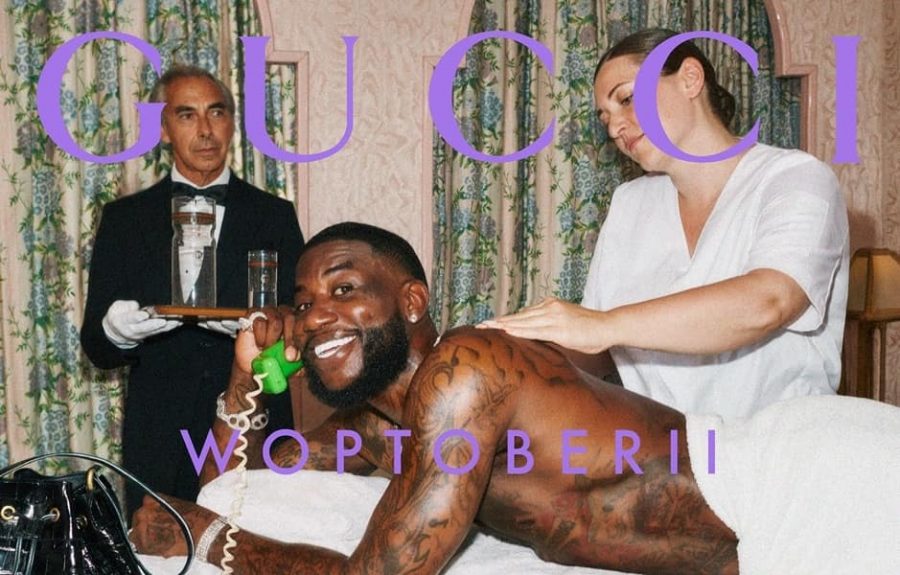 In the tweet that Mane sent out. He included this photo of his millon dollar smile while getting a massage. This photo will be the cover art of his new album Woptober 2.

Gucci Mane, a very popular rapper is releasing his second album of 2019. Like last years Woptober, we can expect many songs to be on the top 100 of ITunes and many other music-streaming apps.

“I love Mr. 1017,” senior Vincent Nguyen said. “I was listening to him while on the way to school today matter of fact.”

Just like many artists, Mane revelaed the release date and most likely what the cover art of the new album. In the tweet, the caption says:

But as of right now, Gucci Mane has yet to share any track names or the features that could be on the album.

Many fans can expect the track list and features to be coming in the upcoming weeks prior to the release date.
Last month, Mr. 1017 released a song called “Richer Than Errybody” featuring popular artists DaBaby and NBA Youngboy.

As an artist that has been releasing music since 2008, Mane has hit the top 100 charts multiple times.

As students have to patiently wait for his release, many songs might come off of the album to intice them.
Prior to Woptober 2, the first one was released three years before. That album consisted of features with Travis Scott, Young Dolph, and Rick Ross.

“Woptober was an album that marked 2016,” junior Timmy Suh said. “I even still listen to it now.”

We can expect from the first Woptober that Mane will have a few songs that will always be better than the rest. As of now, only two songs have been released, “Richer Than Errybody” and “Big Booty”.

“From the looks of it, this album is packing straight heat,” junior Jayden Joya said. “I love how he included many rappers that are hot right now.”

Gucci Mane is releasing music at this moment to keep many fans at the edge of their seats. Some of his songs have features ranging from popular male and female rappers.

“I think that Megan Thee Stallion was the best feature on the singles that he has released,” said junior Kaylyn Allen. “I love that song!”

Many think that Megan was the best feature, but some students think otherwise since both other songs feature DaBaby and Lil Baby.

However, students will have to wait for Friday to finally listen to Woptober 2.