The Joker teaches us life lessons 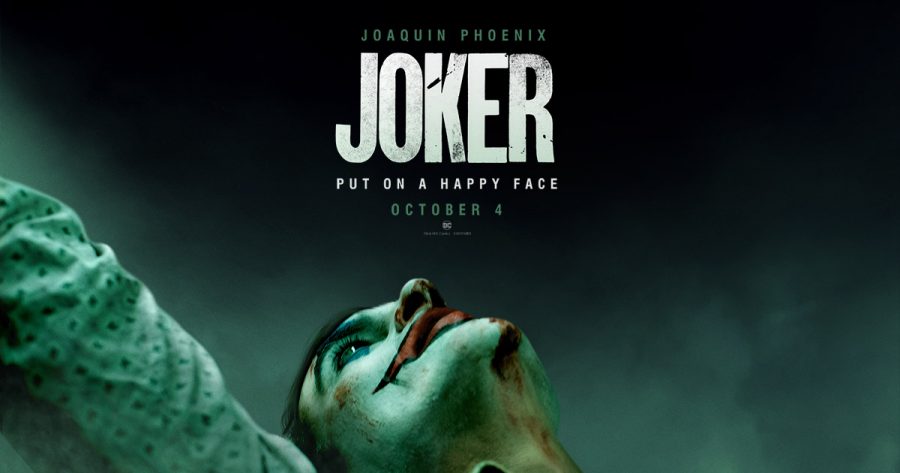 On Oct. 4, the highly anticipated Joker was released in theaters all over the globe for eager fans to watch.
So far it has not disappointed.

Joker is not a typical superhero movie that the mainstream audience would see, such as Avengers: Endgame or Shazam.

It is a dark and gritty character study on Arthur Fleck, a mentally ill man who’s thrown into a society that drives him further into madness as the movie continues.

In the movie, Arthur wants to do stand up comedy, but is singled out and treated unfairly by society.

In multiple occasions, he gets attacked, and people tend to treat him as if he is not a human.

“It was kinda sad that it was basically Joker against the world,” said junior Justin Scott. “A character that goes through that is outstanding.”

In the movie, Arthur slowly descends into madness.

It gets to the point where he goes on a killing rampage that finally leads him into becoming Joker.

What I would like to note first is the performance of Joaquin Phoenix.

He put Joker on a higher pedestal than it should have been on, and he is the main factor for Joker being a contender for the Oscars.

Throughout the movie, the smallest details can be seen in his acting and he is fully immersed in his character.

At the first act, the movie was slow, but as it reached towards the climax, the movie became more intense and disturbing.

The soundtrack was perfect for the movie and gives off a depressing feeling.

The climax of the movie was absolutely stunning.

The movie has been leading up to something the audience would expect to happen when Arthur gets on the Franklin Murray Show.

However, it turns out completely different.

Robert de Niro was a perfect choice to be Murray, and this scene shows it.

The importance of perspective in a movie is not noted often, but the perspective on Joker is creative. The plot of the movie is coming from Arthur’s perspective.

The movie tends to depict people, such as Thomas Wayne, to be greedy and evil unlike his other depictions where he was seen as a compassionate and loving father.

The movie is very twisted and can sometimes stir thoughts of confusion.

However, it is not a complete story because it is based on a character’s perspective.

Many scenes in the movie are perfect the way they are, and there are little to no filler scenes.  Most scenes, however, show the change in Arthur’s sanity as he continues towards a downwards spiral.

In conclusion, Joker is a tragedy. It shows the effects of society of a mentally unstable man who has been abused andtreated harshly for most of his life.

He is an outcast, and this movie depicts what may happen if we do not give those types of people the help they need. It’s a beautiful disaster.

It’s not flawless, but it is definitely a movie that people need to watch this year.