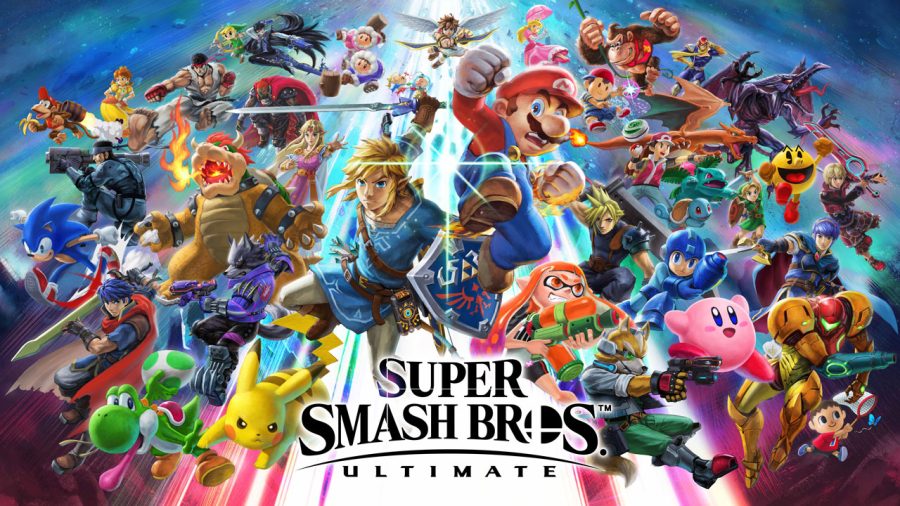 It was revealed last month during Nintendo’s Direct presentation that Masahiro Sakurai, creator of the Super Smash Bros. series and developer for Sora Limited, would present the final DLC character for Fighters Pass Vol. 2.
The presentation went down Tuesday, Oct. 5, and revealed the final DLC character to be Sora from Square Enix’s Kingdom Hearts series.
Sora is an original character in the Kingdom Hearts series and was created by Shinji Hashimoto and Tetsuya Nomura.
Reactions to Sora’s inclusion has been overwhelmingly positive as the beloved Kingdom Hearts character has been a fan-requested character since Super Smash Bros. Wii U/3DS roughly six years ago.
“I believe that Sora was a great addition and it was definitely one of the most hyped up and wanted characters,” senior D’Yontae Johnson said. “It really helps recognize Square Enix and the Kingdom Hearts series.”
While Sora was a fan-requested character, there were many roadblocks and legal loopholes that stopped Masahiro Sakurai from including him originally.
The Kingdom Hearts series is developed by Square Enix and Disney Interactive Studios which features Disney IPs such as Mickey Mouse, Winnie the Pooh and Snow White.
Not only would Sakurai have to consult Square Enix, which he’d previously done before when including Cloud and Sephiroth from Final Fantasy VII and Hero from Dragon Quest into Ultimate, but Disney as well.
Luckily, Sakurai and his team at Sora Limited managed to secure the character with the only caveat being Disney IPs wouldn’t be allowed.
So, for fans expecting Donald Duck and Goofy to tag alongside Sora in his Final Smash or even make an appearance on his stage, unfortunately that won’t happen.
After three years, Super Smash Bros. Ultimate will conclude development with two Fighter Pass DLCs under its belt.
Revealed in 2018, Super Smash Bros. Ultimate has been one of Nintendo’s largest titles on the Nintendo Switch with over 24.44 million copies sold.
With over 22 years of Nintendo’s largest IPs coming together and brawling it out in this beloved series, Ultimate has forever impacted the series and video game history for its large character roster featuring first and third party characters from different franchises.
“It’s incredible seeing a roster like this for any fighting game. It’s got such a wide range, a majority of them obviously from Nintendo, but the meat of the variety comes with the newer characters,” senior Cal Carlos said.
“That was the coolest thing about Ultimate, it was the suspense and the surprise. That’s what made it enjoyable, and every time there was a new Ultimate Direct announced, I was always anticipating how everyone would react,” Carlos said.
Undoubtedly, Super Smash Bros. Ultimate will go down in history as one of the greatest video games of all time for its impressive display of content and unfathomable character roster, one could only dream of now turned into reality.
So many new characters have made it into this game that no one ever expected: Simon and Richter from the Castlevania series, Terry from the King of Fighters and Fatal Fury series, Joker from the Persona series, Banjo-Kazooie from the Banjo-Kazooie series and even Steve and Alex from Minecraft. Super Smash Bros.
Ultimate is a celebration of video games, seeing so many characters from different franchises coming together in this colossal crossover game is incredible to see.
With over 89 total fighters, 116 stages, over 1,110 musical compositions, over 11.7 billion offline matches, and over 7.8 billion online matches Masahiro Sakurai has pulled off one of the biggest crossovers ever and it’s sad that we have to say goodbye.
As the sun sets on Ultimate’s development, fans around the world have thanked and appreciated Masahiro Sakurai for his work on Super Smash Bros. Ultimate.
“As Ultimate finally closes, it’s fun to look back on it. It’s fun to see how much this game has grown,” Carlos said.
“Smash Ultimate will forever have a place in my heart and the hearts of many others who grew up with it. Will there be another Smash title? Probably not, Sakurai has expressed leaving for an early retirement and he deserves it,” Carlos said.
“Regardless of what happens to the series moving forward, I’m always going to look back on Ultimate as a game that shaped me, as a game that I reflect fondly on, and a game that made millions of people happy,’ Carlos said.