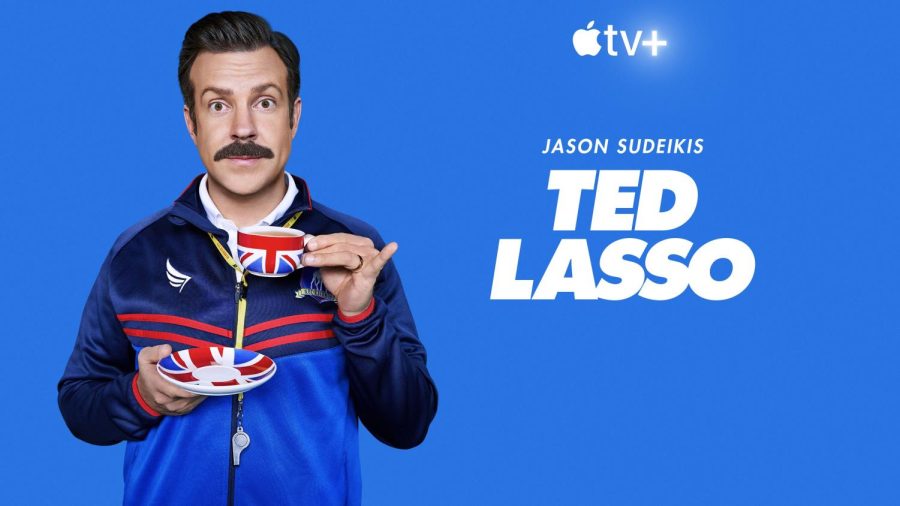 Ted Lasso has been Apple TV’s most hyped and popular show on the streaming service ever since the show released its debut season on Aug. 14, 2020. The Apple TV exclusive was ranked as one of the most-watched series back in July.
The show’s first season was a smash hit, leading the series to a record-breaking seven awards at the 2021 Emmy Awards.
The series was nominated for 20 awards, including the award for Outstanding Comedy Series, Best Actor in a Comedy Series for Jason Sudeikis (Ted Lasso), Best Supporting Actress for Hannah Waddingham (Rebecca) and Best Supporting Actor for Brett Goldstein (Roy Kent).
Following the release of the second season, the traditional format of releasing the entire season with all the episodes at once changed to dropping one episode a week each Friday to leave the fans of the show wanting more.
Season two of Ted Lasso felt like a very different show from the first season fans were introduced to during quarantine.
In season one, we were given ten 30-minute feel-good episodes that introduced us to a small-time American Football coach from Kansas named Ted Lasso, who was hired by a Premier League football (soccer) team.
The plot followed the drama of the current owner wanting to get revenge on the previous owner and try to destroy the club by hiring a coach who is not fit for the job whatsoever.
Regardless, Coach Lasso kept his job and his success going by continuing his comforting tone and compassionate values even when put under pressure in a hostile situation.
In the second season, it changed to 12 episodes that ranged from 30-50-minutes long, and it was filled with more serious problems, like mental health and changing relationships.
Despite a bumpy and somewhat slow start to the second season of Ted Lasso, the sophomore season still brought the same comedic charm as the first season, while also taking a deeper dive into some of the supporting characters and their lives.
After just a couple of months into AFC Richmond’s first season in England’s second division, The Championship, following being relegated from the Premier League the season before, the Greyhounds find themselves in a tough situation seven games into the season, no wins, no losses, just seven straight ties.
When one of his players finds himself distraught by anxiety and nerves, Coach Lasso unwillingly decides to bring in a sports psychologist.
The club hires Dr. Sharon Fieldstone, a very professional and no-nonsense type of person.
Throughout the season Ted faces several challenges ranging from just him missing his family back in America to dealing with his anxiety attacks and talking about his father’s suicide.
Ted refuses to meet with Dr. Sharon at first because of how he feels towards psychologists and therapists, he believes that they don’t do anything, that they just listen to your problems and then tell you what you want to hear.
After leaving in the middle of one of AFC Richmond’s games due to an anxiety attack, he finally gives Dr. Sharon a chance and begins to open up to her about what he’s going through.
We then learn that his father committed suicide when he was a kid and he is still dealing with a waterfall of emotions from that.
He also begins to realize that he isn’t in his kids life as much as he would want to ,and he still finds himself trying to recover from his divorce, all while he’s on the other side of the world, in England.
Newly promoted coach Nate Shelly finds himself doing anything and everything he can to assert himself on and off the field.
After proving himself to Ted, Nate became a very useful asset to AFC Richmond for the greater part of the first season.
Then, Nate felt as if he deserved more attention, more respect, and more power. He begins to treat others in the club terribly and starts to undermine Ted. He talks about how he feels Ted isn’t fit to be the coach, and how when the team does well he believes he deserves the credit, not just the manager, Ted.
In the last episode in season two, we see Nate in his true colors.
When the Greyhounds win their promotion battle game he storms off the field and leaves to the locker room where he rips the famous “Believe” poster hung above the door into Ted’s office and puts it right on his desk.
Then, later in the episode about two months after Nate had stormed off and left the club, we find out he is now the coach at West Ham, which was purchased by Rebecca, the owner of AFC Richmond, her ex-husband.
It seems that the next season might follow Nate more closely as he tries to destroy Ted and AFC Richmond.