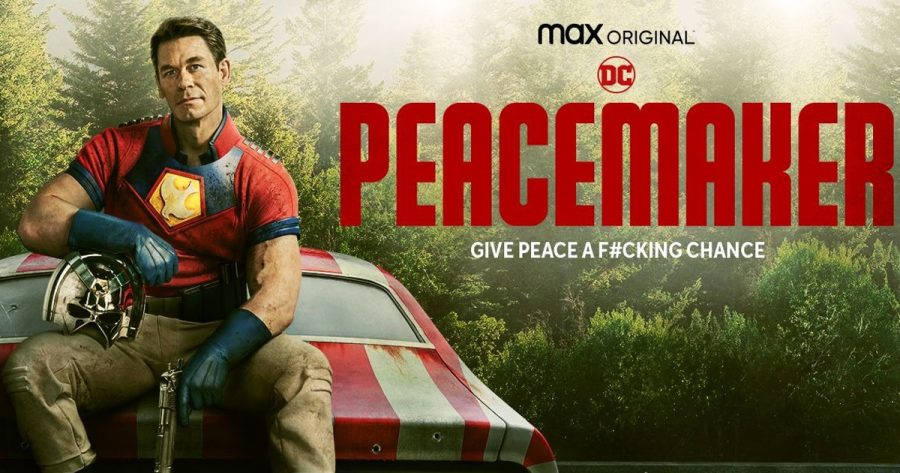 With DCFanDome officially in the books, another anticipated DC Comics project coming out of the event was the Peacemaker series by director James Gunn (Slither, Guardians Of the Galaxy). After the success of The Suicide Squad this year, James Gunn developed a spin-off series for Peacemaker (John Cena). The series will have a total of eight episodes all written by James Gunn and five episodes being directed by him as well. The series stars John Cena, Jennifer Holland, Steve Agee, Freddie Stroma, Danielle Brooks, Robert Patrick, Nhut Le, and Chukwudi Iwuji.

Peacemaker was introduced in Fightin’ 5 written by Joe Gill originally published for Charlton Comics, before being acquired by DC Comics in 1983. Christopher Smith is a peace agent and driven by extreme forms of pacifism, he loves peace so much he’s willing to kill for it. He was the son of a Nazi commander where he and his mom were forced to move after his father’s past war crimes came to light. After moving to Washington D.C., Christopher joined the military and fought in the Vietnam War only for him to be arrested after killing a village of innocent people. After his arrest, Christopher was given parole and the option to work for the government in a secret project called Peacemaker.

The series takes place after the events of The Suicide Squad where Peacemaker seemingly died to Bloodsport as the tower of Jotunheim was collapsing. In the post credit scene, it was revealed that Peacemaker’s body was recovered and that he’d lived with Emilia Harcourt (Jennifer Holland) and John Economos (Steve Agee) planning to use Peacemaker against Amanda Waller. In the trailer, comic book fans would’ve recognized the appearance of Vigilante (Freddie Stroma) who’ll tag alongside Peacemaker. In the comics, Adrian Chase was a district attorney in New City until his wife and children were killed. Adrian dawned the suit and name Vigilante to punish those the justice system couldn’t. Fans would’ve also spotted Judo Master (Nhut Le) who’ll fight against Peacemaker and Vigilante. In the comics, Ripley Jagger was a World War II soldier who rescued an islander’s daughter and in return learned Judo. Using Judo as his fighting style, Ripley becomes the superhero Judomaster. In the series, however, Ripley seems to be younger and his ties to World War II have been cut.

The series will dive deeper into the character of Peacemaker and why he acts the way he does. And just like its predecessor The Suicide Squad, Peacemaker will be a wild, raunchy and gory series filled with James Gunn-esque comedy. Peacemaker launches January 13th next year exclusively on HBOMax.