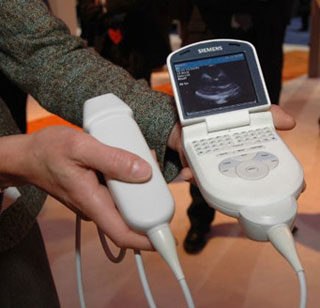 A controversial bill in Virginia requiring women who are getting an abortion to take an invasive ultrasound procedure is now at risk of being tossed after losing the full support of Republican governor Bob McDonnell.

This proposed bill is a part of the broad attempt of the conservative and evangelical segments of our society that want to undue decisions made years, even decades ago, whether it be birth control, evolution, mans effect on the environment, and now abortion. The bill which was originally proposed by Republican Virginia Delegate Kathy J. Byron, is an extreme infringement on women’s rights. Hypocritically, Kathy Byron claimed that the administration’s proposal of mandatory HPV vaccinations for minors was a government intrusion in a person’s rights. Yet now, she is proposing and sponsoring a bill that one could consider an even bigger infringement of an individual rights.

The proposed law seems like a major overstepping of the boundaries of government. The transvaginal ultrasound procedure mentioned in the proposed bill, includes a several-inch long wand/probe to be inserted into the woman to obtain the image. The obtrusive procedure is not medically necessary for most conditions, and even if it is necessary it should be a medical decision made between the doctor and the patient, not the government.

With the bill, women who want to get an abortion will be forced by the government to have something inserted into them against their will. The pending question that has been going through many women’s heads, is what differentiates this bill from the government legalizing rape?

Enforcing the ultrasound is an attempt by the more religious pro-life legislators to try to influence women not to go through with their abortions. But, they fail to realize that these women who are to the point of scheduling and getting an abortion, have put in a lot of time and thought in whether the operation is the best option for them. A last minute ultrasound will not change their mind about going through with the operation. It will only result in women going out of state to get an abortion.

Making these ultrasounds mandatory would completely overwhelm hospital staffs and would be merely impossible for hospitals to perform all of them in a timely manner. Having nurses, doctors, and equipment available for every single woman getting an abortion in Virginia would be both costly and impractical. The proposed bill has also sparked controversy among health insurance companies on whether or not they would have to cover all of the expenses for these ultrasounds.

The news of the proposed bill stimulated much controversy and even massive protests led by women throughout Virginia. In response to the controversy caused by the bill, Governor Bob McDonnell changed his view and withdrew his full support of the bill. On Wednesday night, he stated that “mandating an invasive procedure in order to give informed consent is not a proper role for the state,” and “no person should be directed to undergo an invasive procedure by the state, without their consent, as a precondition to another medical procedure.”

After Bob Mcdonnell backed off the original legislation, he began support for a new rewritten version of the law that would make it mandatory for all women getting abortions to have the abdominal ultrasound, and have the transvaginal procedure optional.

Even though McDonnell has backed off of the extreme original proposal, he still fails to see that forcing women to take the ultrasounds is a major infringement ton our rights as individuals. For a republican, who usually advocates for less government involvement in the lives of its citizens, it is frankly surprising that McDonnell would try to go this far. The government should not be able to be this involved in our medical lives.