“Hey, I have that same sweater!’ 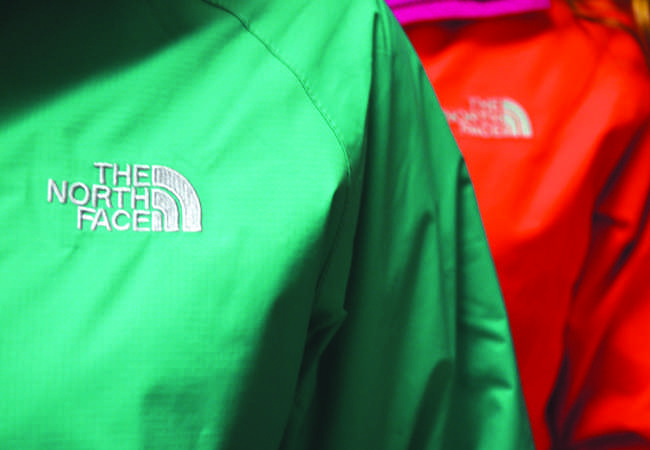 Brands such as The North Face are worn by many students at AHS, showing the lack of fashion diversity.

When you walk down the halls of AHS, you are greeted by a sea of bodies dressed in North Face jackets, Uggs, and Sperry’s holding iPhones. It is not surprising that 2,400 students who spend five out of seven days together end up dressing alike. Whether they notice it or not, this is all because of peer pressure. But my question is- where is the variety?
With as many stores in the mall, it’s amazing how everyone ends up shopping at the big three- Abercrombie, Hollister, and American Eagle. Kids rarely want to venture out and try a new store, afraid of wherever they want to shop is not “cool enough”. Kids end up conforming, not because they want to necessarily but because they are afraid of standing out.
What is someone tried shopping somewhere new, and they actually liked it? It could be anything as simple as stopping shopping at Abercrombie and shopping at C Wonder. It is the same style of clothing, but because it’s a different store, there’s just more variety, and more clothes to chose from.
But the conforming does not stop at just clothing. It carries to electronics as well. When the new iPhone came out, everyone was leaping for joy and couldn’t wait to get it. Since when is having the newest phone the most important thing in the world? If it was my choice, everyone would just have an old Rzr phone, and no one would have to care about having the coolest phone.
Imagine if people were to branch out and just try to be different- it would make AHS so much more enjoyable. Everyone would have their own style, or their own favorite store, and maybe, you would try something you never would have thought you would before. People now are so bland and lack the variety that a school needs to be interesting, even if it is just related to clothes and electronics.
I’m not saying people should start walking around wearing tutus and wearing cat tails, but I am saying I wish there was more variety around the school. I know I’m not the only one who wishes to see just a little more diversity among the student body.