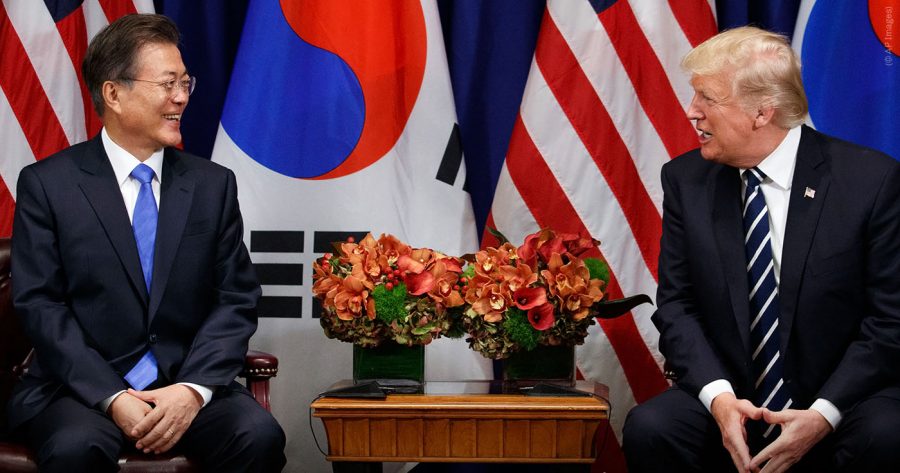 The Nobel Peace Prize is awarded yearly for “the most or the best work for fraternity between nations, the abolition or reduction of standing armies and for the holding and promotion of peace congresses.” It’s an international prestigious prize, with over 100 individuals being awarded the prize since its creation in 1901.
If you look back a year or two, the idea of President Trump negotiating peace with North Korea and having a chance at winning the Nobel Peace Prize would have critics laughing.
In late April, due to Trump’s consistent persistence in the area and sanctions and cooperation with China, North Korea began talks with South Korea and suspended its missile testing and closed a nuclear test site. Later in April, the Korean war officially ended, North Korea released American prisoners and it opened up to international corporations such as McDonalds. In the second week of June, Donald Trump will meet with Kim Jong Un in Singapore after Un’s meeting with South Korean President Moon Jae-in.
Leaders such as Moon Jae-in, Guam governor Eddie Calvo along with six other governors, and Japanese Prime Minister Shinzo Abe acknowledge Trump’s efforts and believe he should win the prize. Trump created the environment for talks to happen and Moon needed Trump to engage the North Korean leader in their talks. China’s Xi Jinping and Japan’s Shinzo Abe, invited Trump to each of their countries for a celebratory dinner.
“President Trump should win the Nobel Peace Prize. What we need is only peace,” said Moon in a meeting with senior secretaries.
“[Trump] deserves big credit for bringing about the inter-Korean talks. It could be a resulting work of the U.S.-led sanctions and pressure.” Supporters in a Michigan rally began chanting “Nobel, Nobel” with the president responding “That’s very nice, thank you, I just want to get the job done.” The past year has been one of threats and insults being thrown over social media, having civilians holding their breaths in constant fear of an attack. However, Trump pursued his aggressive foreign policy, and it somewhat worked. If the near future continues to appear bright for the Korean Peninsula, then Trump should be awarded the Nobel Peace Prize.
U.S. presidents have won the award in the past, most recently in 2009 with President Obama winning it based upon his campaign promises.
Denuclearization for North Korea is an international goal, and the Trump administration is hard at work trying to accomplish that.
The definition of denuclearization in Trump’s eyes may differ from Un’s definition of denuclearization. The process should come to a halt though and will have the regime focus on its suffering economy and people.
A change of heart from Kim Jong Un and a peace treaty signing may seem a little suspicious, and has some people questioning what will happen in the near future. I can say, optimism is what the world needs, so let’s appreciate the increasing relations with North Korea while hoping for the best, and planning for the worst.
The peace should be viewed as a step in the right direction, it’s not close to denuclearization, however it’s a start.