The apparent shame of NOVA 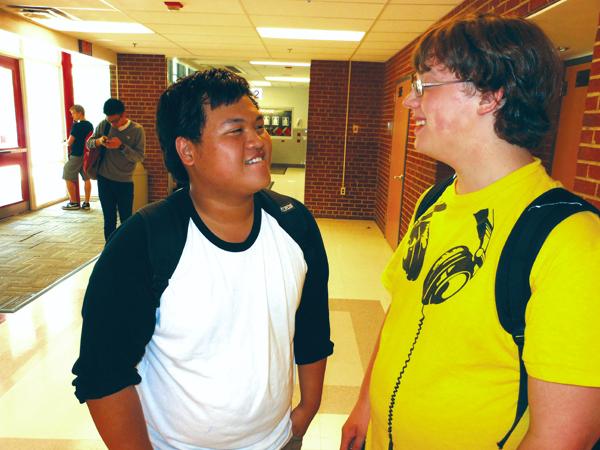 Compiling names and creating lists as I was working on putting together The A-Blast’s annual college matriculation page, I was struck by a sad reality. Of the 215 students who had reported to the Career Center that they would be attending Northern Virginia Community College (NVCC), or “NOVA,” as it is commonly called, only 63 had asked to have their names published on this page. That is a mere 29 percent. The other 71 percent of students attending NVCC asked that their names not be published in our paper.

This is a reflection of the fact that NVCC has been given a negative stigma. I have certainly heard the jokes—teachers and students teasing that bad grades will “make” one go to “NOVA.” Having heard twelve years’ worth of such jokes, it is a surprise that even 29 percent would want to report their names to our paper.

First, I want to give a “kudos” to those who reported their names to The A-Blast.

Continuing one’s education, whether it is on the campus of a four-year university, or a two-year community college, is a huge accomplishment. In a country where 22 percent of students do not attend college, extending one’s education shouldn’t be shameful.

The fact that a whopping 71% of students attending NVCC asked that their name not be published tells me that they feel as if there is something of which they should be ashamed.

For most of these students NVCC was a choice better than any other university or college. For some, financial circumstances would not permit them to live on a campus. For others, attending school is difficult, and uninteresting.

Reading down the list of colleges to which students are matriculating, I saw that many of these students who are opting-out of having their names published will be a part of the “pathways” program. Pathways is a program that allows for students to make a gradual transition to college, while remaining in a school environment. Many of these students will take advantage of the guaranteed acceptance all NVCC students are promised at any Virginia state school.

Did I mention that Dr. Jill Biden (the wife of Vice President Joe Biden) teaches in the NVCC system? NVCC is one of the country’s most successful community college programs, and attracts traveling professors on an annual basis.

The negative image that has been painted by many faculty, parents and peers of NVCC is a false one. For many students here at AHS, attending a school like NVCC after high school is an achievement that surpasses the imagination of parents who were not able to attend high school.

By no means is attending NVCC bad news, and even more importantly, shameful.