Guns are not the problem faced today 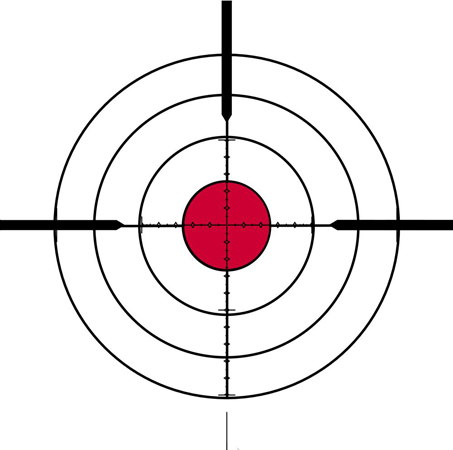 The barrel of a gun can be looked at in two ways. One of the largest conflicts the world is having today is trying to control the violence that comes from having to look at a gun the wrong way. In this Northern Virginia, more people lean toward more gun control with legislation, but the minority of those who favor gun rights are not silent, and with their thoughts, make the issue of guns one that is hard to address.

“I believe in the Second Amendment,” senior Eric Stavenjord said. “There will always be a way to get guns, and making laws for normal people, will not prevent the people who use guns for the wrong reasons from getting them.”

The Second Amendment is perhaps the strongest point that gun rights proponents use to support their claims. Meant to protect the people from the government, this right is one that major media agencies and gun control supporters skim over or say is outdated. Citizen violence is more of a prominent issue for students, however.

“Back at a private school, I told the administration about an incident about my friend and another student who threatened to shoot him with a gun,” an anonymous source said. “He was my best friend, and I had to take action. The police was called that day and later, the administration said that the gun was holding blanks”

The source said that the person who threatened his friend would have done so without a gun, blanks or not, because his intent was the same.

“The source of violence is human nature, we are desensitized by violent media like films and video games all around us,” anonymous said.

The almost trite saying, “guns don’t kill people, people kill people,” is true, but the fact is that guns do make violence more accessible. The issue is similar to that of advanced technology.

“If you saw your own dad with a gun you wouldn’t be scared of the gun. You would however be scared if you saw a stranger with a gun because you don’t know them or trust them handling that gun,” senior Mauricio Lizama said. “You cannot control the thoughts or actions of a stranger with a gun.If you take the fear away from guns by learning how one works and how to use it, [guns are not so dangerous].”

In some places where heavy gun restrictions have been implemented, such as Chicago, gun crimes have actually increased.

“I am completely against gun control. It doesn’t matter how many laws you have against guns, criminals are criminals so they would find a way to get their guns anyway,” junior Carl Samuelson said. “Meanwhile the law abiding gun owners who are mainly trying to protect themselves from criminals lose their guns.”

Samuelson notes that there was a similar gun incident that happened two days after Sandy Hook, where an armed citizen shot down a criminal who was shooting other people that major news organizations did not cover.

“I have a lot of family that are currently or have been a part of the military and still own guns. I think that owning guns are fine—it’s what you decide to do with it that makes people uneasy,” senior Mairead Kennedy said. “A few weeks ago I had a good friend of mine kill himself with a rifle. And it sucks. But if he didn’t do it with a gun, he would have just done something else. There are bad and good that they do—it all depends in the hand that its in.”

If it is true that guns are not harmful by themselves, dealing with violence should take a different approach.

“We need to have more classes and licensing required before being able to own a gun. Guns should have the similar processes for ownership as dogs from adoption agencies,” Stavenjord said.

Stavenjord plans to buy a .22 rifle soon from a local sporting goods store. Like many homes, Stavenjord’s father has a safe where all the guns are kept. He sometimes goes hunting with his family.

It seems that this issue cannot be conceded through any measure of law for gun rights supporters, because it stems in the human spirit. But for every tragedy that befalls our kind and the number of people that commit them, there are always acts of justice and righteous citizens that outnumber them. Let us count these, and not the former.