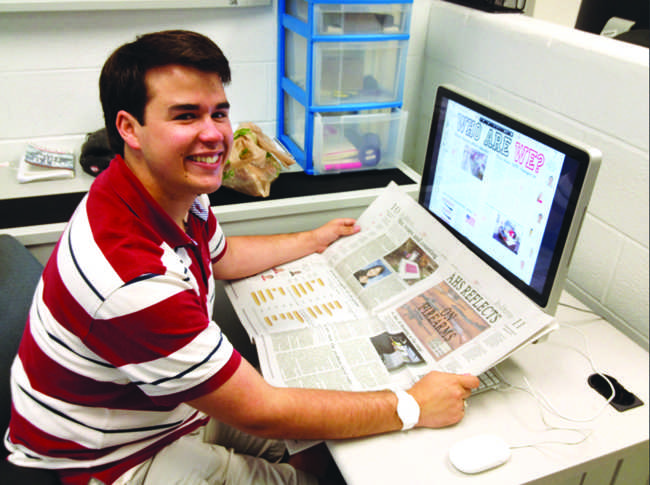 Noah Fitzgerel is attending Brown University in the fall. Brown is an Ivy League school in Providence, Rhode Island. Noah is excited to be attending Brown because he feels like he belongs there.

“I did not feel like a guest at Brown… You walk onto campus and you know you belong,” Fitzgerel said.

“I think what has formed my identity most in high school has not necessarily been the choices I have made, but the manners through which I have made them.” Fitzgerel said. “The most rewarding things… in which I have partaken have been those that I have done because I was truly interested in them. My identity has been formed by those choices, because they have allowed me to understand my own interests instead of those people expect me to exhibit.”

He says it is important to keep one’s passions in mind while making decisions in high school.

“Follow your passion,” Fitzgerel said. “The best thing one can do for oneself is to follow his own interests.”

Passions can be pursued in clubs, which are plentiful at AHS.

Pursuing interests in academics can also be important; therefore one should take classes that he or she is interested in. AHS has many electives, such as yearbook, auto tech, and culinary arts.

Though learning in the classroom is important, it is commonly said that people learn more outside the classroom than they do in it. Fitzgerel is a proponent of this belief.

“I think experiential learning is very important. I would go about deciding what my course of action will be by beginning to delve into those fields, so that might encompass internships at law firms in the summer… [or] working for political advocacy organizations.”

Hands-on learning can be done through volunteering. AHS has many possibilities to volunteer and do community service with food pantries, along with the Green Atoms and My Friends Closet.

Fitzgerel has participated in experiential learning by being the Editorials Editor and the In-Depth Editor of The A-Blast and writing for the Huffington Post.

Fitzgerel likes Brown because it has an open curriculum.

The pursuits Fitzgerel wants to follow require a college education. Fitzgerel is thinking about attending law school or rabbinical school after Brown. Fitzgerel would like to be an advocate in whatever he does.

“I want to study something that will provide me an ability to understand society and specifically law,” he said. “I want to attend law school and with a law degree I might also be interested in rabbinical school. I might be interested in being some sort of advocate, whether that is an advocate in Capitol Hill, in a legislative context, perhaps in a litigious context.”