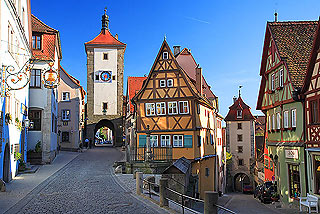 Students from the AHS choral department are going to Germany this summer. A long standing tradition, chorus members have been anticipating the trip for months. Here are some fun facts about Germany:

1. “Across the country, a workweek is six days, as oppose to a five-day workweek in most countries. Called “Werktage,” (or workdays) the week consists of Monday through Friday and Saturday. Many stores close before two p.m. anyway, so it’s not a complete workday for most workers.”

2. “Schools are not all day affairs. In the United States, the school day would be considered a “half day” since German schools release kids at one p.m. The reason is that teachers instruct during the morning and hand out enough homework for the afternoon, which children can finish at home.”

3. “Over 150 castles exist in Germany, making it one of the most castle-populated countries in the world. Many are used as hotels, but most are still being habited by the rich.”

4. “Germany is the birthplace of the Garden gnome. They were first crafted and displayed sometime in the 1800’s in Germany and soon spread across Europe and eventually around the world.”

7. “In 1963, John F Kennedy visited Germany and proclaimed “Ich bin ein Berliner,” which wasn’t a problem to say, but many Germans found the statement amusing because a “Berliner” is also a kind jelly doughnut.”

8. “Do you wear Adidas shoes? This brand of shoe had its start in Germany. In fact, “Adidas” is made from the beginning six letters of the designer’s name, Adi Dassler.”

9. “Daylight savings time was first adopted in Germany in the middle of World War I. It is still considered DST, or ‘Summer Time’.”

10. “Germany has more than 400 officially recognized zoos, which is the most in the world. If you included wildlife parks, aquariums and other natural reserves or parks, you can visit almost 700 registered zoos and gardens.”