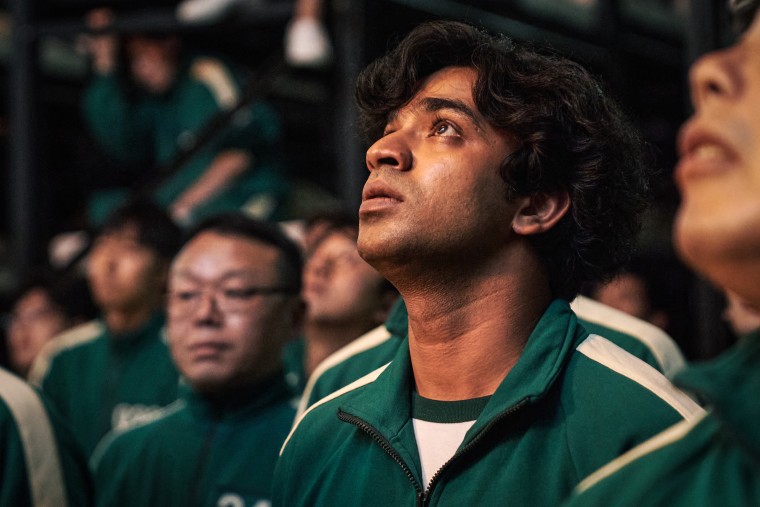 Netflix’s squid game series has been a major hit. The Korean drama series included children’s playground games such as red light, greenlight and tug of war, but with more slashy horror images.

Squid Game was released on Sept.17 and became one of Netflix’s top most viewed releases generating more and more attention from the public all over social media platforms in just three weeks. Operating over more than 190 countries and 111 million viewers, this has been declared the biggest ever series at launch.

In Squid Game, you see that the characters are attempting to survive and complete each deadly game in order to win prize money. The contestants are lured into the game and convinced to stay with the prize money. After all, who wouldn’t want the money after being laid off at work or being in debt.

The show has said to hit too close to home in several cases. Squid game is one of many South Korean shows inspired by economic struggles. The storyline of its dark plot can be compared to the Oscar winning movie Parasite which revolved around  the violence undergoing South Korea’s economic success. This made people realize the sad reality of what people are driven into, even in the most extreme conditions where all faith in humanity is lost.

The character of Ali Abdul, a factory worker from Pakistan in the Korean drama made the viewers feel like they were watching their stories play out in front of their eyes. Some were watching the realities that they lived through play out on a television screen.

It has been very difficult for the migrant workers to become citizens. South Korea has had more than 392,00 undoucmented workers. In hope that the new employment in South Korea would allow these workers a better chance at life, they were unaware of the severe conditions that they were soon to be put in. Ali Abdul joined the game because he wanted to make money for his wife and his newborn child.

The character was an undocumented worker from Pakistan and with his job posittion he was not given the fair salary he to survive. Immigrants from South Asia and Southeast Asia who work in factories in South Korea work to the point where illness, injury and death are now normalized in the country.

Migrant workers were assigned to live on sites and even with the provided shipping containers that were now turned into shelters, living in those spaces was unbearable to handle for the next four months in the brutal winters. 70 percent of migrant workers in South Korea live in the same conditions. With migrant workers illegally working in South Korea, it’s a long process for the government to offer assistance to these workers to pay for insurance and accidents caused on the job.

With the poor conditions these migrant workers are put into, they suffer with their physical and mental health states for five  to six days a week and are compelled to work 10 to 15 hours every single day. Many factory workers are threatened with deportation because they are illegal, nor do they possess any valid paperwork against these manipulative employees. Many migrant workers are unable to speak Korean and face difficult situations when they arrive. Employers will promise to pay their part to the workers of their salary together in a certain amount of time and later refuse to pay and throw out the workers leaving them with no job economical needs to survive

These people go back to the situation of why they came to korea in the first place, to earn money because they are living on the streets with no place to go and no economical needs to survive.

The desperation driven to provide a better life for their families consume 90 percent of their salaries back home which leads to employers exploiting workers by paying half the amount of money needed.

The reports of workers being subjected to physical violence as migrant workers has barely changed in their everyday lives in South Korea where those who come to Korea remain in Korea because they are unable to send the bodies of those who died back to their families due to its cost.