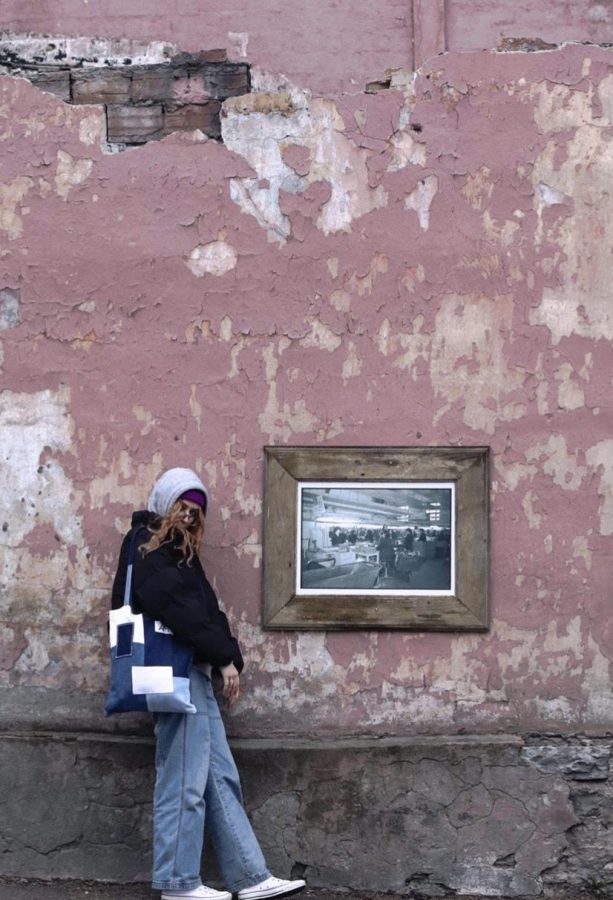 Gizela Gunin stands next to a painting in Estonia

Estonia is one of the most spacious countries with around 1.3 million people living there. It is known to have clear and safe environments and everyday tasks are done digitally. Half the country is covered in forests and has several lakes. This makes Estonia a perfect place to hike, camp and cycle. There are various hiking and cycling routes with camping sites around every place in the country.

Music festivals are considered popular in Estonia. From folk jazz to opera or orchestral music. Europe’s most popular festival is the Tallinn Music Week including top industry professionals. The festival consists of displays of culture, music and art. Most traditional Estonian cuisine has meals that have meat and potatoes as its main ingredient. The most popular dishes of Estonia are Kohuke, Pirukas and Verivorst.

Estonia has friendly business environments for people to get jobs. Each year the country opens up more opportunities for locals and foreigners to apply for employment. The country is considered the most digitally advanced society in the world. Many Estonian companies hire digitally and are open to remote workers from around the world.

The cost of groceries is a bit more expensive compared to other countries but housing tends to be cheaper.
Students are able to have part time or full time jobs and earn extra income. There are requirements to fully work in Estonia but for foreigners the process is easy.

Children in Estonia begin their education at age seven and continue for a full nine years. Schools in Estonia are russian speaking with all the lessons being caught in russian. Most Estonians tend to be bilingual as well both in English and russian.

There is easy transportation in Estonia. To get around and travel to places such as Tartu, Parnu, Tallinn and Kardla, there are passenger services which include spacious seating and free wifi. Most ferries provide transportation to larger islands. In Tallinn, residents can travel free of charge with bus services and with a public transport card. Both students and adults aged over 65 qualify for free travel as the public transport is inexpensive.

Foreigners are allowed to drive with their international U.S. license in Estonia. Most roads in Estonia have less traffic with a small population and it is rare to encounter any road problems. There is no such thing as of rush hours

The weather in Estonia has low levels of rainfall and snow begins to fall around December up until february. The temperatures are mild throughout the day. It does not get too cold nor too hot. When the winter season does hit, it’s recommended to pack gloves, warm clothes, hats and scarfs.

Those who are planning to visit Estonia must visit Estonia’s extraordinary places. Most tourists plan trips to visit the Matsulu National park. The park is said to be Europe’s best bird watching destination. Toursirst are also allowed to see the park from towers up above in watching towers such as Haeska, Keemu and Kloosti. The hiking trals in the park lead you through wetlands and coastal pastures.

The baltin nation has seen a boost of tourism in Estonia recently. About 50% of Estonia is covered with forests which is what attracts tourists. Estonians tend to visit the country’s picturesque medieval city. The city is easy for people to get around with public transportation. Others go to the 24 hour open national parks which encourages others to camp and sleep outside.

Wherever you are in Estonia, the distance away from nature is never far. Estonia is not only filled with forests but filled with beaches, thousands of islands and marshes.

The best time of the year to visit Estonia is summer from June to August. During the summer season, it is the best time to also hike, visit the islands and camp in forests. The annual events and music festivals happen all year.
Estonia is the ideal place for travelers to explore and discover all of what Estonia has to offer.