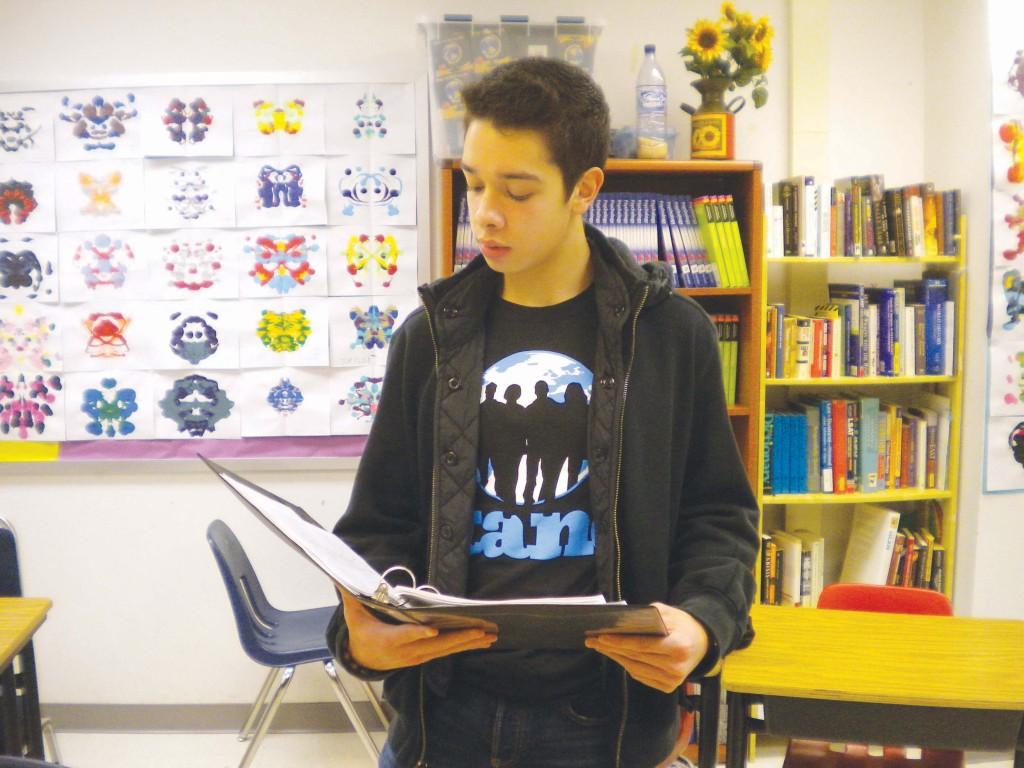 Colorful flyers across hallways and multiple announcements on the Channel six news have alerted the AHS student body to the annual selection of clubs and after-school activities.

With over ten honor societies and almost 50 clubs and organizations, AHS students have a wide range of after-school activities to choose from.

“AHS has a really great selection,” administrative assistant Jennifer Sharp said. “We offer a variety of things from academics, to fun, to sports.”

AHS has clubs that have been around for years, and have become parts of the school itself. From “It’s Academic!” (the website boasts that it is “the longest-running television quiz show in the world”) to STAND (the Student Anti-Genocide Coalition), the only issue students may run into is a lack of time to join all of the clubs.

“It’s Academic!,” led by history teachers Meghan Saladino and Kathlyn Berry, holds meetings once a week after school on Fridays, along with scrimmages and TV appearances that are to be determined.

Senior Thien Mai, member of “It’s Academic!,” explains, “our sponsors evaluate the possible candidates through the practices each week, and then they decide who should represent the school on TV.”

If students would like to explore avenues that aren’t academic in nature, such as volunteering or helping the environment, organizations such as Key Club and Green Atoms both invite members to attend interest meetings, held on Oct. 1, and Sept. 27 respectively to join their ranks.

In addition to clubs, there are several honor societies for students to choose from. The specific requirements for each honor society vary, but for the most part, students must keep up an overall GPA of 3.0, and a 3.5 in the subject of the honor society (for example, a 3.5 in English for National English Honor Society.

Senior Hung Truong, president of Science National Honor Society (SNHS), invites all students “taking and committed to at least one IB science” to attend the interest meeting on Sept. 26, when applications will be available.

”We do a lot of fundraisers, so it’s not a typical [honor] society where you just do plain community service.” Truong said. “Be prepared to save lives.”

The SNHS holds many fundraisers each year, such as barbecues, bake sales, movie nights and the annual ‘guy auction,’ which are “geared towards the American Cancer Society.” ‘Pennies for Patients,’ another SNHS fundraiser, raises money for the Leukemia and Lymphoma Society.

SNHS currently has five members because many have graduated, but their target size is around 20 members.

NEHS also is looking for driven students who are prepared to make a commitment to the honor society and complete eight service points by the end of the year.

“Anyone who is involved in their English classes and is interested in being recognized as a student that goes beyond expectations inside and outside of the classroom is invited to join,” senior co-president Abby Barnes said.

The range of clubs and organizations at AHS encompass the whole of students’ interests. However, if you do not find a club that you were hoping to join in the list on page 15 of the agenda, you are always welcome to create a club by going to the activities office in the jock lobby.

“If you don’t find something that you like, and if you have any ideas, you can always come here, and you can apply to create your own club,” Sharp said. “There is a process that we have in place. It’s not that difficult; you get a sponsor, you get people that are interested in it, make a constitution and make sure that it’s not within the grid that we already have.”