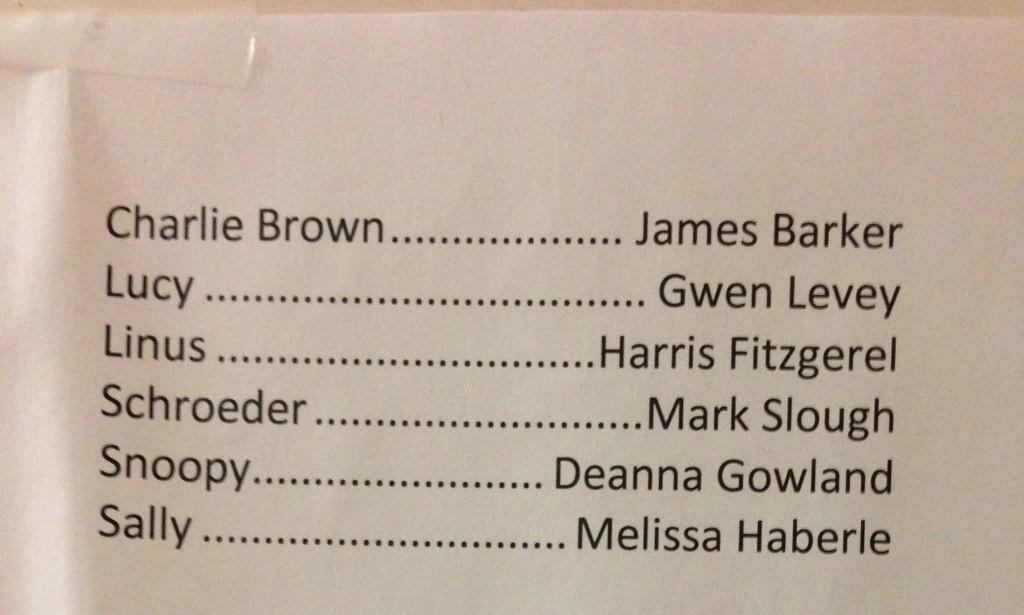 The cast for this year’s spring musical has been announced and practices are set to begin in the next coming weeks. This year’s musical will be You’re A Good Man, Charlie Brown. The musical is based on Charles M. Schulz’s Peanut comics, portraying Charlie Brown’s quest to become a better person through song and dance. The audience will be taken through a musical journey as Charlie struggles to learn how to be a better person, even if his friends try to convince him that he’s just the opposite.

Both theater director George Bennett and the show’s co-director, Steven Hirsch, cast the show having to consider over 30 students for only six main roles. Auditions consisted over three days of acting, singing, and choreography with no call backs.

Hirsch is a teacher at Robert E. Lee High School and has been helping the AHS theater department since his co-directing work on the spring musical, Grease, in 2010. He will be stepping in to direct You’re a Good Man, Charlie Brown with the absence of Bennett starting after winter break, because he will be having heart surgery and will take several weeks to recover.

Most of the cast is looking forward to this musical, hoping it will bring back childhood memories for both the actors and audience alike.

“The whole story brings back childhood memories of when I was a kid watching Snoopy at home,” junior Gabi Montes de Oca, a member of the chorus, said.

This year’s musical is also the first musical that could be nominated for a Cappie at AHS.

“The Cappies are the high school version of the Tony Awards,” theater director George Bennett said.

The different categories for the Cappies are like most awards, including Best Actor/Actress, Best Show, and so forth.

The cast is looking forward to a good turnout, and a successful show. Already, over 80 Cappies from around the Northern Virginia, Washington, D.C., and Maryland areas are set to come and critique the show on closing night.

“I’m really excited to see how we progress, and to how we will perform at the Cappies,” Bennett said.

The play will open on April 11, and will conclude on Saturday, April 13.