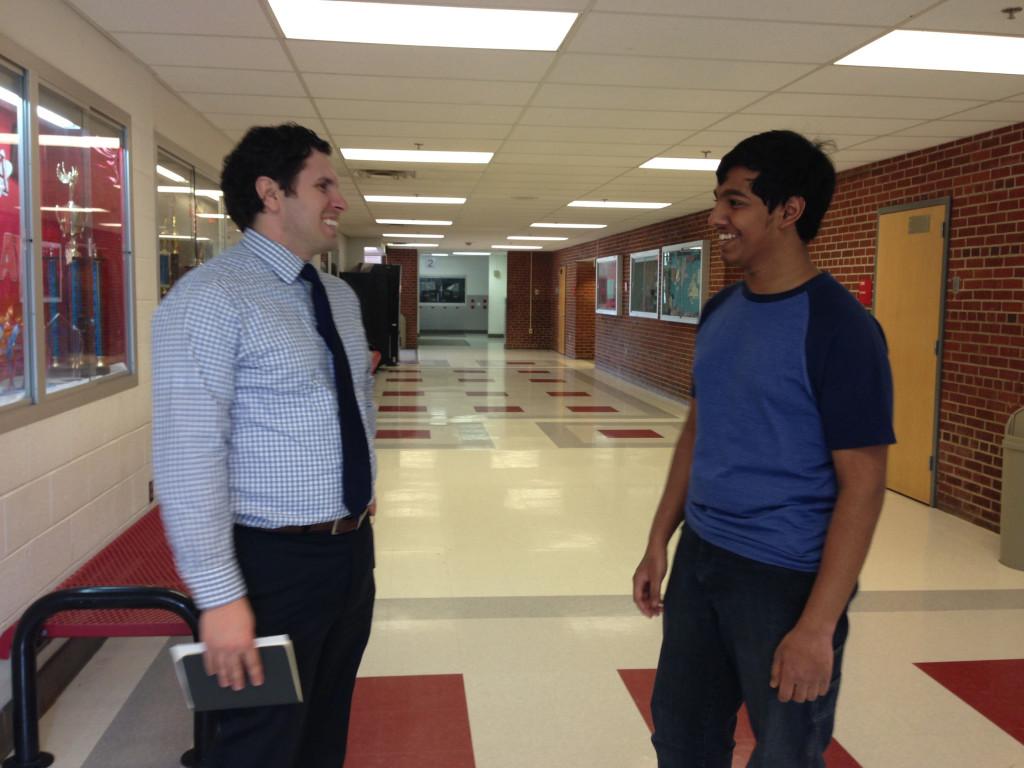 Jeremy Cortash is the new dean of students.

“I mainly work with attendance and I also supervise the ESOL department,” Cortash said.

If a student has attendance problems, such as not showing up to school frequently or skipping class, he gets involved and tries to find out why the student is skipping.

“I get involved, see what’s going on and what the problem may be,” Cortash said.

The FCPS attendance policy is very strict and gives him no room to have his own discipline policy. If a student skips class once and is caught, it is an automatic detention. If a student has three unexcused tardies it equals a detention, with each tardy after being another detention.

Before working at AHS Cortash was a teacher and administrator in Prince William county.

“I came to this school because I thought it would be a good opportunity to work with a completely different population of kids,” Cortash said.

“I majored in Education, History, Social and Political science as an undergrad. And Secondary Social Studies Education for my first graduate degree and educational leadership for my second graduate degree,” Cortash said.

In his free time Cortash likes to spend time outdoors with his wife and dog.

“I snowboard, play lacrosse and spend a lot of time with my wife and dog. We like to go on walks, go to the movies. We’re very laid back,” Cortash said.

“While my favorite sport to play is lacrosse, I’m a huge football fan. My favorite team is the Buffalo Bills. I’m from New York, so I’m also a big Sabres fan,” Cortash said.

Cortash can be found in the attendance office or at most lunches if he needs to be contacted.