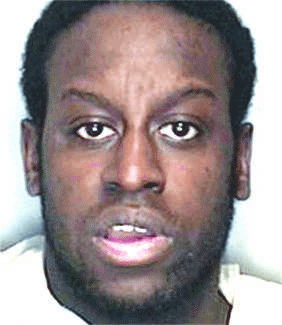 Reginald James Scott, an AHS alum from the Class of 2012 was charged with the murder of a student at the University of Illinois at Urbana-Champaign.

According to Champaign police reports, Scott and the other convicted student had arranged a meeting with the student before hand and were planning to rob him of the money and drugs that he had on his person.

In the end, the student ended up getting shot in the head by one of the assailants.

During his time at AHS, Scott was a relatively successful athlete, playing on the varsity basketball team and running Cross Country.

People who knew Scott at the time were also surprised to hear about the unfolding events.

“I was pretty shocked as I’m sure everyone else was,” senior Aviad Gebrehiwot said.

“Reggie was a nice guy,” senior Nathan Hogye said. “I didn’t think he would ever do something like this.”

However, it was not completely out of the question that something like this would happen.

“He [Scott] seemed like he may have been headed down a pretty rough path when he left here,” O’Hara said. “It got rougher than what I think some people might have thought.”

“I knew he had some bad habits and did some stupid things,” Gebrehiwot said. “But I don’t think anyone could have guessed that he would take a life. That’s just a whole different level.”

AHS students and faculty who knew Scott still wish the best for him.

“I hope everything works out for him, and I hope he’s okay,” senior Ahmed Elnour said.

“It’s a real sad, disappointing thing. He had a lot of good qualities, and if he had been able to direct those in a more positive way, he may have been able to do something better,” O’Hara said.

Scott and the other student are being held on $2 million bail and should reappear in court later this month.

The original article from the Chicago Tribune can be found here: http://www.chicagotribune.com/news/local/breaking/chi-2-suspects-arrested-in-death-of-u-of-i-student-from-south-side-20150203-story.html#page=1