Hunchback at it again with another spring musical 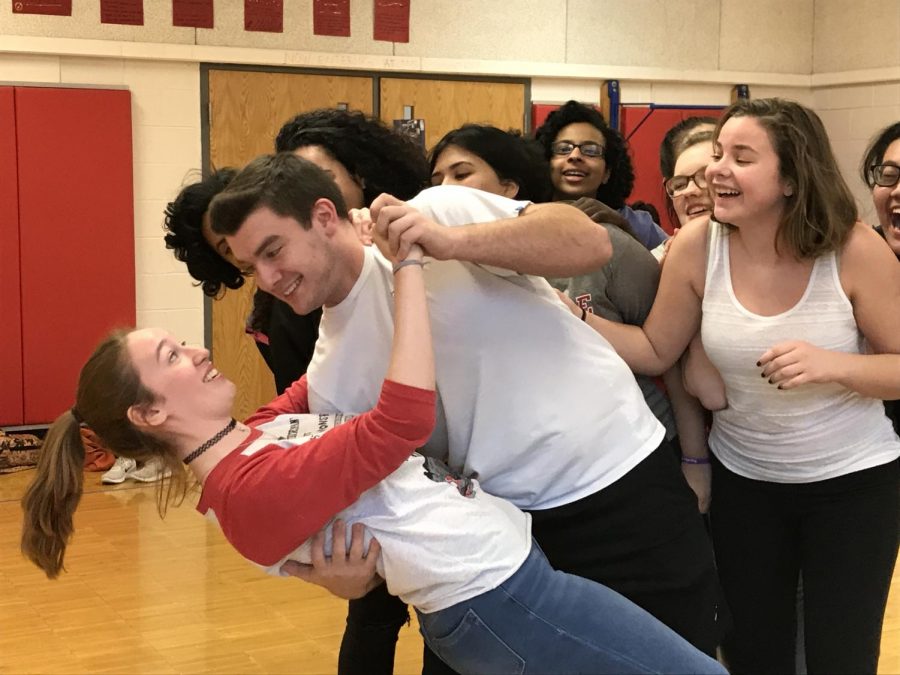 An outcast may be what many students describe themselves as due to the type of person they are, or simply from how they have been perceived to be.
For the outcast, Quasimodo, in “The Hunchback of Notre Dame,” he begins as a social outcast to the French society living below him.
The spring musical is running their choreography rehearsals, by the co-choreographers, juniors Emily Trachsel and Ioana Marin.
The production began when the theater students joined together to read the script for the first time in early February.

Since then, the actors and singers have been working tirelessly trying to be able to block and provide character choices that would be able to show the theme of the musical to the audience members and the guests from different schools that would be judging their performance.
Such people are called Cappies, and if the actors and singers are greatly loved by the Cappies, or the guests from different schools, they would be eligible to receive an award because of their performance and their own role.

Accepting an award is a great honor to receive not only for the individual, but also for the school as a whole. With such influential people attending, there are many people who need to work extra hard to showcase their own expertise in the musical.
Though the work being produced may be strenuous, the choreographers and directors are hoping that everyone will have fun before the end of the production.

“You hear all these people saying that choreography is too hard and that they don’t need this, but after everything is done, I want to see people having fun. We even included some of the crazier moves because it’s impossible for you to be really stressed or frustrated about it, when you are throwing your arms and legs up in the air,” Marin said.

The dances that are seen in the musical allow the actors to live in the moment and felt the same emotions that the actual characters in the musical felt.
“We took a lot of inspiration from swing dance at one point, which is kind of interesting, we literally get it from everywhere,” Trachsel said.
Each performer needs to memorize their own choreography, as well as how their character would go about dancing.

Since each character in the musical has a different story and background, each actor would need to understand their own importance to the plot and truly embrace their own character.

For example, if they are drunk in a specific scene, they can’t go from acting drunk to suddenly being sober when dancing. Such a task may be difficult to some, but if an actor is able to execute such performance flawlessly, then they may be recognized for a Cappies award.
In order to be considered for a Cappies award or to have some recognition, the specific aspect must be student created and produced, with no adult aiding them.

Each musical in Annandale has been designed by the students for the students to enjoy.
Of course there is Katherine Brunberg, the director of the musical, that helps in all aspects: the set (i.e. buildings, platforms and structures) or the costumes which may be borrowed from other schools.  Along the dedicated actors memorizing their lines and working on their character, there are talented designers, behind the scenes, supporting and shining a light on them.

Make sure that you don’t miss seeing all their hard work and devotion to their character and spreading the theme of overcoming obstacles on April 19-21.