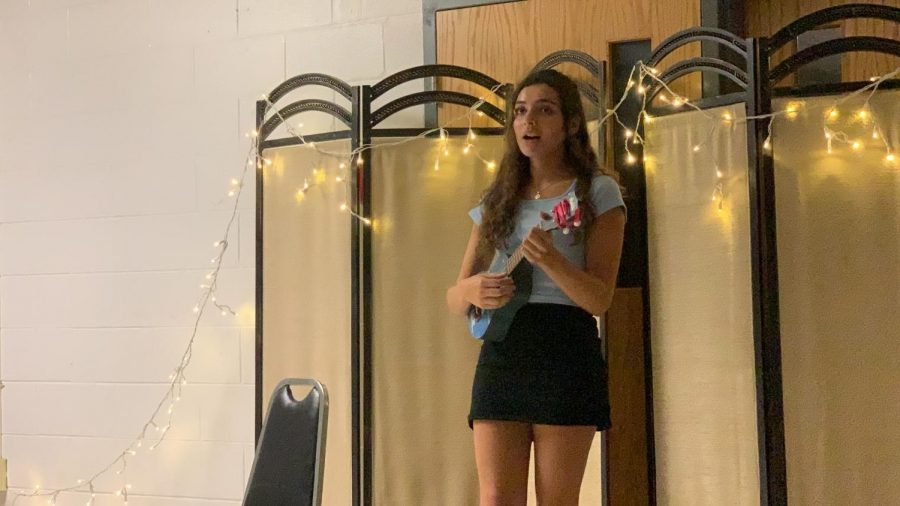 The first Coffee House of the year held by the Filament Literary Magazine was a major success as high audience turnout and outstanding performances took over the Bistro.

Entrance to the event on Sept. 26 was $5 with baked goods on sale in addition to free coffee.

Students and staff packed into the Bistro as performers of various talents took the stage.

“The best thing about the Coffee House is that we get to see new faces and people come out of their shell and do things that they have never done before,” senior and Co- Editor in Chief of the Filament Ephrata Yohanes said. “It was a great opportunity for performers to express themselves.

Performers auditioned prior to the Coffee House on Sept. 17-18.

The event opened with the performing of poems by seniors Shae Rigo and Emily Trachsel.

The final performance was a motivational rap performed by juniors Kaleb Mengistu and Tarik Darweish along with senior Idris Dahir.

“I thought it was a massive success,” Lee said. “We had quality performers and plenty of great audience members.

These performances along with many more made the first Coffee House of the year extremely enjoyable for all. The next Coffee House will be held on Oct. 31.

Check out the video of the First Coffee House and all of the performances above.