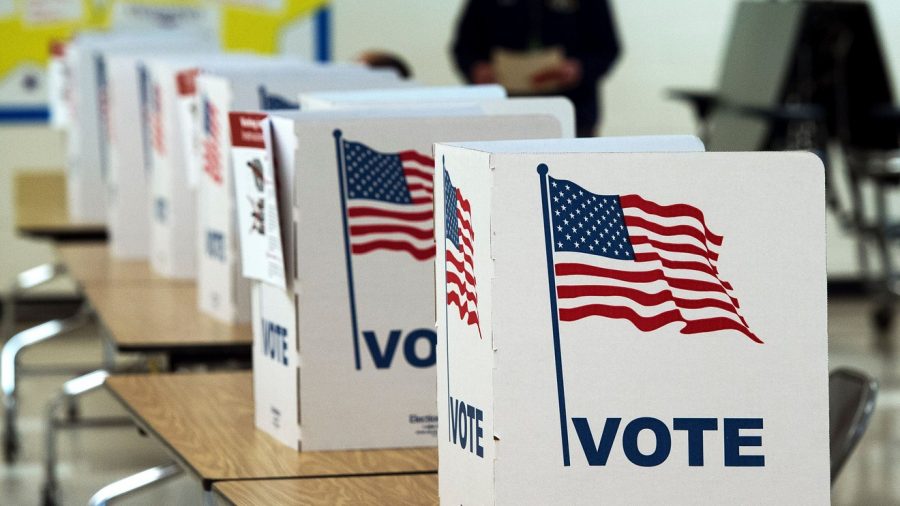 With the 2018 midterm elections taking place today, many students are taking to the polls as they vote for their first time.

With all 435 seats of the House of Representatives and 35 senate seats up for election in addition to 36 governorships, there is a lot on the line for both political parties as results will have a significant impact on agendas and legislation moving forward.

Throughout the build up to the election, AHS students have reflected on the issues most important to them.

“I would like see a continued increase in job growth and job security in our economy,” senior Zuhair Rahman said. “I know immigration is a very controversial issue, but I would like to see stricter but also fair laws that can dictate who can come into the country.”

In the senate race, Democrat Tim Kaine is seeking a second term as he faces a challenge from the Chairman of the Prince William County Board of Supervisors, Republican Corey Stewart.

Issues heavily discussed by both campaigns have been about the economy, jobs, healthcare and illegal immigration.

Stewart is running as an ally to President Trump and has challenged Kaine on favoring tax hikes and open borders as the two have sparred in multiple debates and Kaine has denied claims made by Stewart.

“For me, I would like for the issues regarding healthcare and education to be more thoroughly addressed,” senior Samuel Berhe said. “More specifically, I think more action needs to be taken on the opioid epidemic because that has been a growing issue.”

Most AHS students live in either Virginia’s eighth or eleventh districts, currently represented by Democrats Don Beyer and Gerry Connolly.

Beyer is facing a challenge from first-time political candidate Thomas Oh and Connolly is being challenged by Republican Jeff Dove. Pundits and analysts view both of the districts as unlikely to flip this year.

After reading up on the issues and about the candidates, a number of first-time student voters have formulated their thoughts and opinions regarding who they will vote for.

However, other voters have not quite made up their mind on who they will be voting for.

“I haven’t made up my mind yet on who I will be voting for because I am still doing research,” Berhe said. “It will be a game-time decision for me.”

Regardless of political affiliation, pundits have reported on increased enthusiasm among younger voters. Many expect an increase in voter turnout from those ages 18-29 when compared to previous elections such as 2014 and 2016.

“I have been looking forward to voting for some time now and I’m really excited but also nervous,” Rahman said.