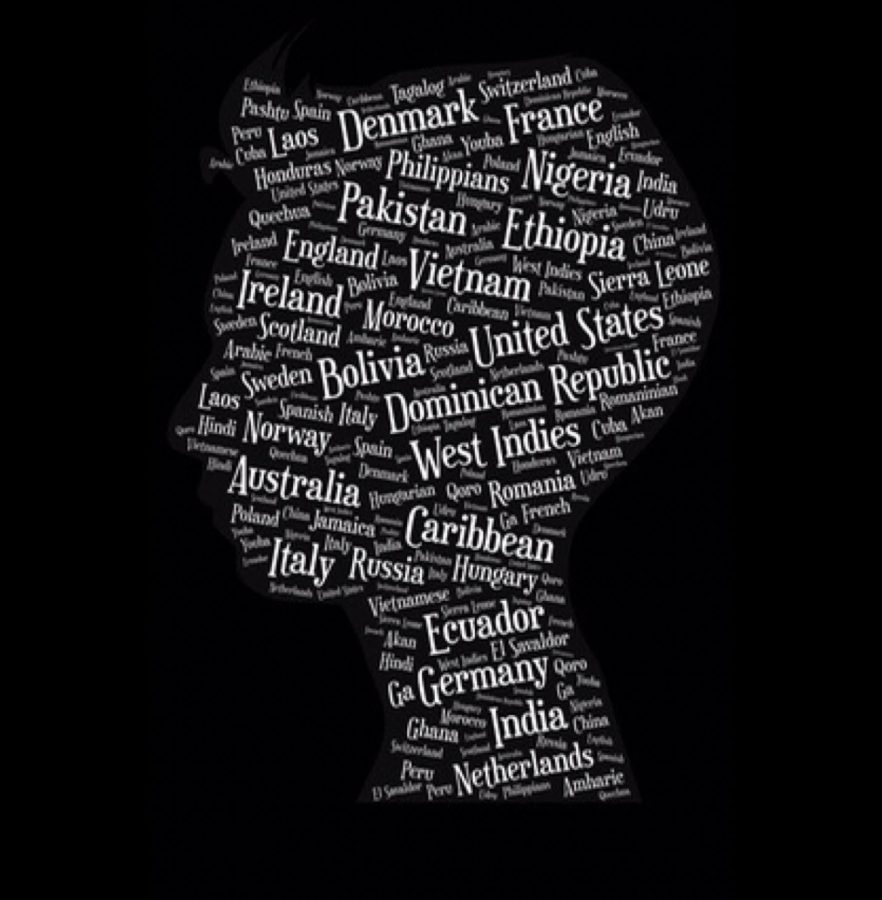 Different countries that represent the immigrants involved with the show form a silhouette of Anon’s face (the main character of the play).

The play, which debuts Wednesday Nov. 14 at 3:30 p.m., circles around the people that Anon meets and befriends on his quest throughout the United States. He learns about various people, their cultures and the struggles that they face as immigrants.

“It allows different types of people to be featured, because there aren’t many plays who have a cast mostly composed of the minority population,” said senior and assistant director Feven Lebamu.

Everyday in October, the Annandale Theatre Co. posted the stories of immigrants or daughters and sons of immigrants who inspired the fall play using the #ATCBackstage on their Instagram page, seen in the above slideshow.

Despite having a play centered around the immigrant story, the main motif is of oppression and control, specifically that of the white characters. One such character includes Calista, the self-centered and utterly rich teenage girl who tries to lure Anon to her beach house, and presumably keep him there forever.

Fortunately, he is saved by a beautiful goddess, Naja, who helps him become focused on his main mission. Through Anon’s expedition, he befriends people of his age such as Nasreen, a confident Indian girl, who gives him nourishing yet spicy cuisine to appease his hunger.

Nasreen, along with her dad, Ali, give Anon the much-needed hope and nourishment to continue his search for his mother, who has been distraught ever since she lost him due to a storm at sea.

While Anon is meeting new people who help him in his adventure to find his lost family, he also gains new cultural experience.
On the other hand, his mother continues to cling onto the last bit of memories she has of her son and hopes to embrace him once again. She is a sewing lady working at a sweatshop, with her fellow female, trying to appease her desperate boss, while also continuing to mourn over the forever loss of her son.

“With all of the mini plots that create the story of Anon, they are all centered around the idea of diversity,” said Lebamu.

Through the dramatic irony, comedic moments, and awe-inspiring scenes, the Annandale Theatre Company (ATC) cast and crew is sure to expand your understandings of the true immigrant story; all of which is centered in Anon(ymous), on Nov. 15th, 16th at 7 pm, and Nov. 17th at 12pm and 7 pm for $5.