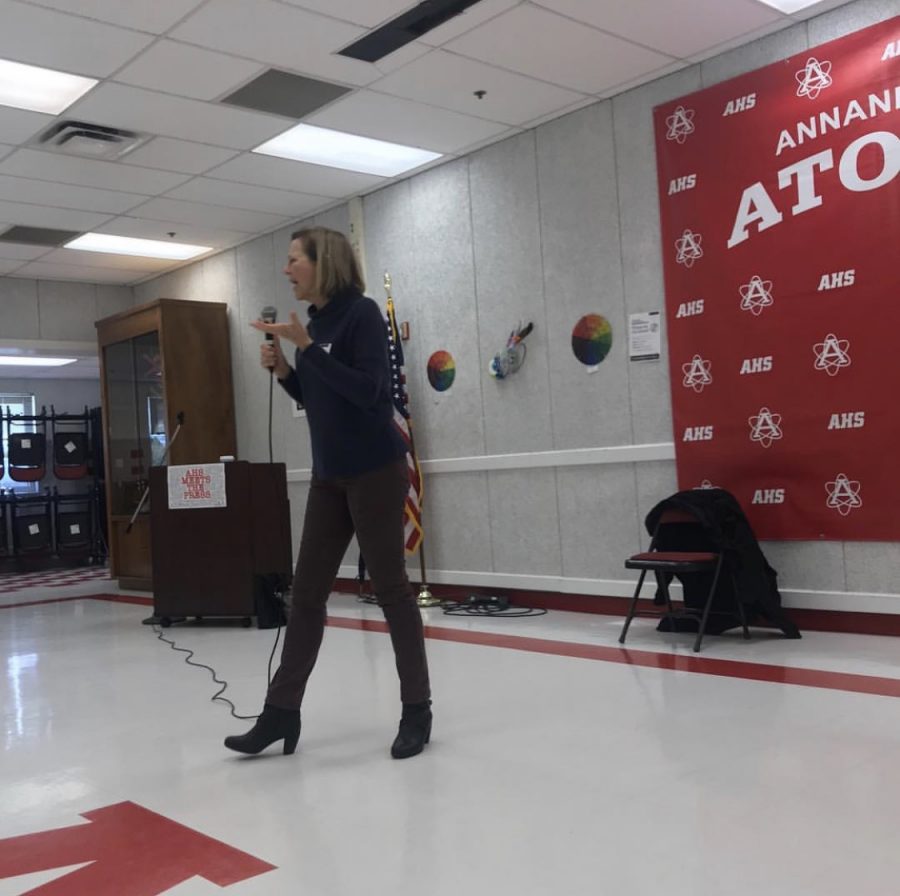 Actress Kim Schraf from the play Death of a Salesman was welcomed by students from Soo Jin Lee’s and Leslie Chekin’s IB Language and Literature classes on Dec. 3. The classes are made up of both juniors and seniors.

Schraf came to AHS to speak with the students on how she began her career and how playing Linda, the mother in the play what it was like playing her character. Schraf discussed things that the audience did not previously know about the play. She also gave students insight on what led to her becoming an actress, what her goals were as a young adult and who her inspirations are.

“As a child, I watched a lot of English movies with actresses such as Juliet Stevenson,” Schraf said. “I was obsessed with her and I watched a lot of her stuff. I actually saw her perform live once and I said to myself that is exactly the kind of actress I want to be. I patterned just like her and aspired to be as successful as she was.”

Schraf has performed at Arena Stage, The Kennedy Center, Studio Theatre, Ford’s, Round House, Signature, Woolly Mammoth, Everyman, Theater J, The Theatre of the First Amendment and the Edinburgh Festival in Scotland.

“The show that launched my career and is also my favorite was a very dark drama called Frozen,” Schraf said. “The show was a hit and led to my name getting out there.”

Students were very intrigued throughout her lecture and she also had the English classes participate in an acting activity.

“I played Linda in the activity we did towards the end,” junior Kaleab Mengistu said. “It was fun and I was able to show off my acting skills.”

AHS is very grateful to have had such a talent come and talk about what the life of an actor is like. The attendee’s had a great time and will continue to use her advice on working hard to be the best at what you do.