Senior Hangyul Chang wins the crown for the 2019 contest 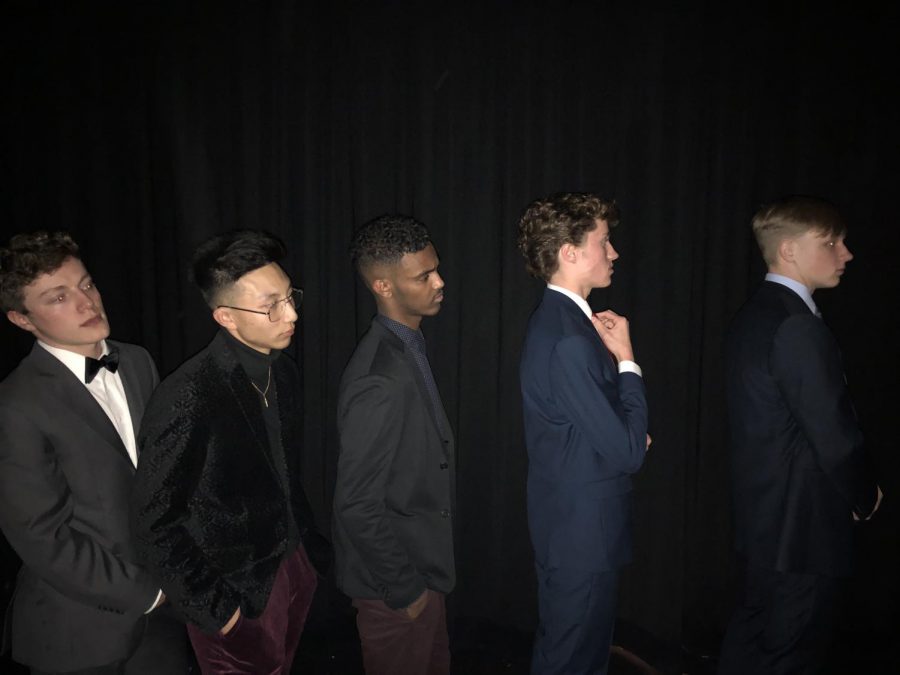 Senior Hangyul Chang came away victorious as he was recognized as the 2019 Mr. Annandale.

“I was ecstatic about winning because I wasn’t really expecting it,” Chang said. “A lot of people were telling me that I was going to win, but I wanted to stay humble and focus on having fun with the guys and making this a great experience.”

The remaining contestants included seniors Sam Berhe, Alex Bellem, Idris Dahir, Matt Dinh, Javonte Durr-Cannon, Cam Foti, and James Gore. The opening act by the contestants was Mr. Elegance in which they were accompanied by an escort and performed a handshake or dance upon reaching the front of the stage.

The judges who included Principal Tim Thomas, English teacher Bill Maglisceau, Technology teacher Phil Harris and Health and PE teachers Lindsey Ottavio and Cragin Winkler determined the winners of each category which for Elegance was Durr-Cannon.

The following category, Mr. Muscle also impressed as contestants showcased their strength in different ways. Chang won the category after a grand display of jump roping alongside senior Sesen Beyene. Other contestants took a humorous approach to the category like Bellem who bench pressed a styrofoam barbell or Dinh who had a stunt double do all the heavy lifting during his act.

Next up, Mr. Annandale contestants duked it out for the Mr. Talent category. Dahir came away victorious in this category after displaying a comical display of playing a game of chess against himself. Berhe performed “Havana” by artist Camila Cabello on his trumpet in a showcase of his talent.

“It was a lot of fun being able to perform with my trumpet and just being out there with the other guys,” Berhe said.

The final category before the finalists round was Mr. Spirit in which competitors showcased their Atom Pride in unique ways. Foti competed against senior Abel Samson in a game show format where questions asked were trivia about AHS. Dahir went face to face against Edison High School student Mustafa Hafeez in an intense rap battle. The winner of the category was Chang who put on a display of the school fight song featuring the marching band.

After these acts, there was an intermission held were judges tallied their scores in order to formulate the list of finalists. During this time, audience members were able to vote for Fan Favorite by scanning the bar code on the back of the program.

Post intermission, it was announced that the five finalists were Berhe, Chang, Dahir, Durr-Cannon and Foti. These finalists were then asked questions directly by the judges as part of the Mr. Intelligence category. Contestants were asked to “Define loquacious” or “What is heavier, a pound of gold or a pound of cotton?”

The Mr. Intelligence of the night was awarded to Foti.

“I thought that it was crazy that I won Fan Favorite,” Gore said. “I was really happy to win in that category because it was the audience selecting who they enjoyed the most.”

All of the contestants from the night left the audience with a memorable performance.

“My favorite part of the whole night was Mr. Elegance,” Chang said. “Everyone looked so nice and there was a lot of excitement and adrenaline because the show was about to start.”