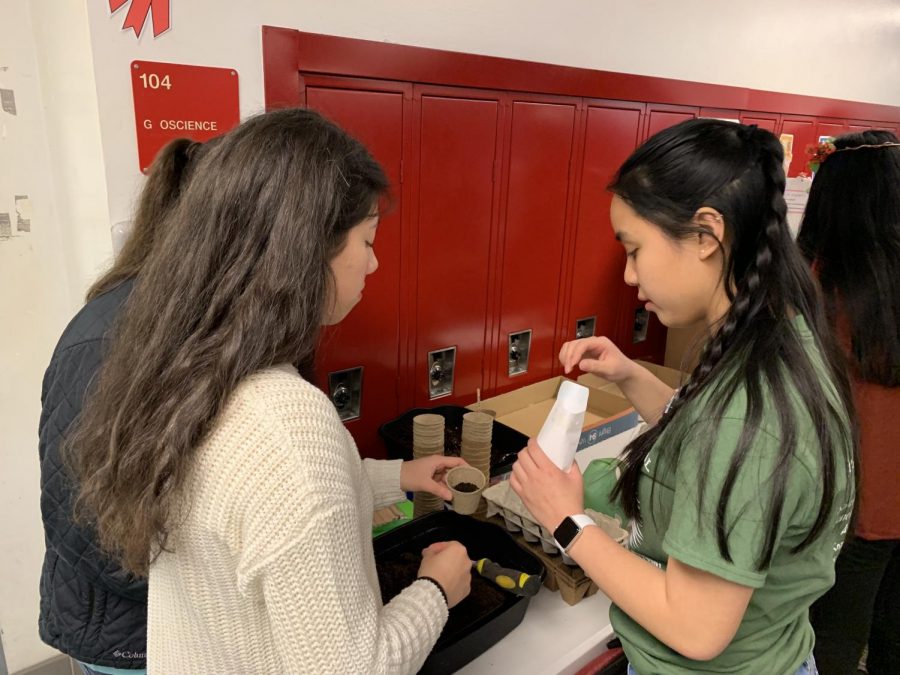 Attendees were able to plant seeds with the Green Atoms and receive henna tattoos from Arabic Club members.

“It was an amazing opportunity to see all of the groups that were helping make a difference in our community,” junior Brooke Fekru said.

Additionally, there were multiple guest speakers featured at the event including two candidates for school board and Virginia State Senator, Dave Marsden.

“My favorite part of the festival was actually seeing all of our hard work and planning come together,” senior Co-President of Just World Emma Kliewer said. “I felt proud of what we had accomplished together in only a short period of time.”