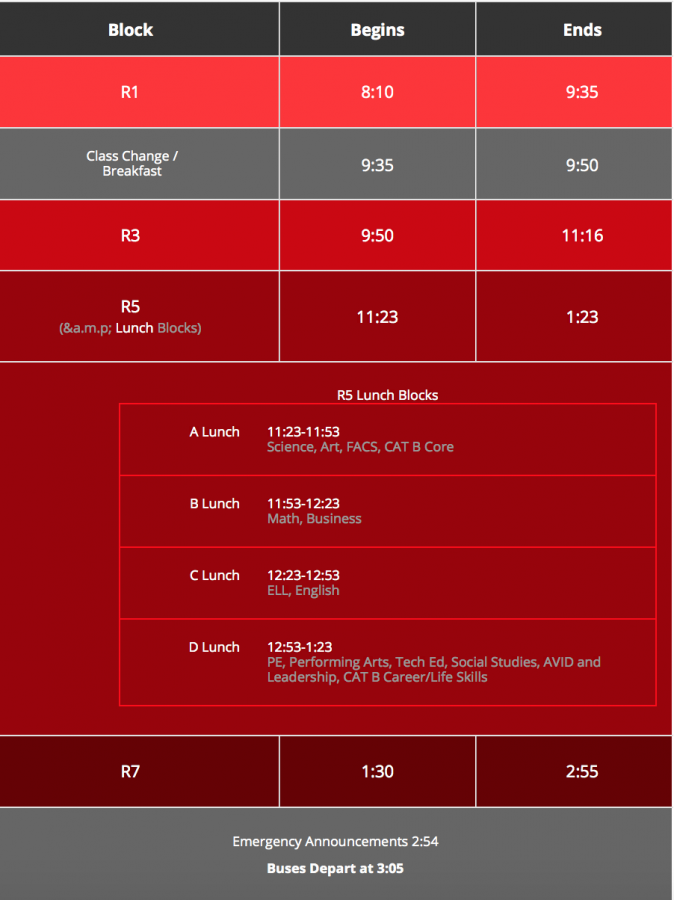 At the beginning of every year, the ushering of a new school year brings about change.

One change in particular that will be occurring this year at Annandale is the new late policy. Named START on Time, this new policy will combat student tardiness and prevent students from skipping classes.

How START on Time works is once the bell rings to start class, teachers are instructed to close and lock their doors. Students running late to class or avoiding class will be escorted to a central location where tardies are logged.

After tardies have been logged, students are sent or escorted to their class. Teachers are instructed to not allow tardy students in after the bell unless they have received a “sweep” pass or a teacher escort.

To accommodate students who have valid excuses for their tardiness, passes or escorts are not administered during the first and last 20 minutes of class.

A key aspect to START on Time is positivity and approachability. Teachers and administrators have stressed that the new policy is not a new method of punishment, but rather a system that will make punctuality more common.

According to data submitted by schools that use START on Time, rates of consistent on-time attendance have reached as high as 98% in schools of over 3000 students. Annandale, being a school of approximately 2000 students, the START on Time method should be successful if carried out properly.

START on Time will be effective immediately so it is more important than ever for students to get to their classes on time.