Clubs gear up for the new school year 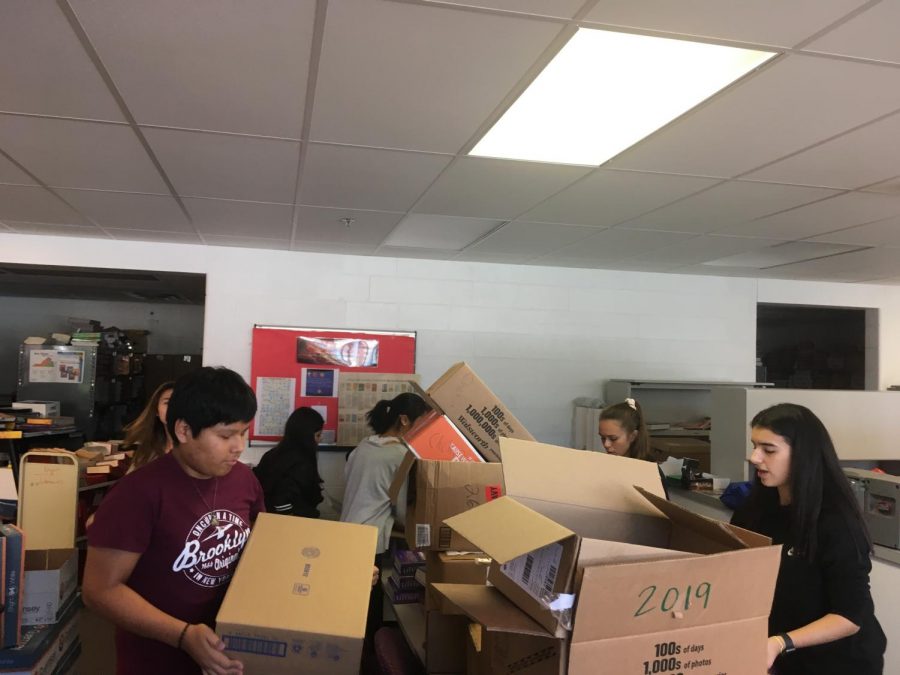 Key Club members earn points by volunteering to unpack new English textbooks. “It was nice to see us all working together,” club President Megan Le said.

As the school year begins, so do the hecticness and activities associated with clubs and other extracurriculars.

At AHS, there are many different types that a student could join.

The list of options ranges from sports, honors societies, cultural and religion based, community service related, and more.

In order to attract as many prospective members as possible, many clubs are introducing new programs and activities this year.

The club plans on introducing new activities, such as a book club and a program to read to children.

The goal is to make the club as interactive and engaging as possible.

“We want to ensure that we are using the club to have an impact on as many people in the community as possible,” NEHS President Anoosh Tauqir said.

Meanwhile, Key Club is coordinating a drive with other schools in the county to gather food for the homeless.

“Hunger and malnutrition is a problem in the community, and we want to try to assuage the issue,” President Megan Le said.

Continuing with their efforts last year, the Black Cultural Awareness Association is further along in their attempt to
transform the club into a Black Student Union.

The reason behind the change is to make the club more organized.

Additionally, BSU is a nationally recognized group, while BCAA is not.

“Our plans are more finalized than they were last year, but there is still a lot left to do,” club President Kadijah Janneh said. “However, we are getting there.”

Many of these new initiatives were announced at the annual Club and Sports Fair, which was held on Sept. 6 during W4.

The fair is designed so that new students and underclassmen have a chance to learn about the ways that they can be involved.

“As a newcomer, it was nice to see what clubs and sports were available for me,” freshman Correne Bellem said.

A lot of students take the fair seriously to see what they can join over the next four years, even if they are not eligible this year.

“I took note of what honors societies I could join next year, since you can’t join most of them until you’re a junior. sophomore Correne Bellem said.

Getting involved is an important part of succeeding in high school.

The more clubs and extracurriculars one involves themselves in, the more likely they are to reap from multiple benefits such as, making new friends, being more engaged with the community, and having more activities to show for college applications.

“If anyone has the chance, they should try to join a new club,” Tauqir said.