How much is too much?

Are students spending too much time on screens? 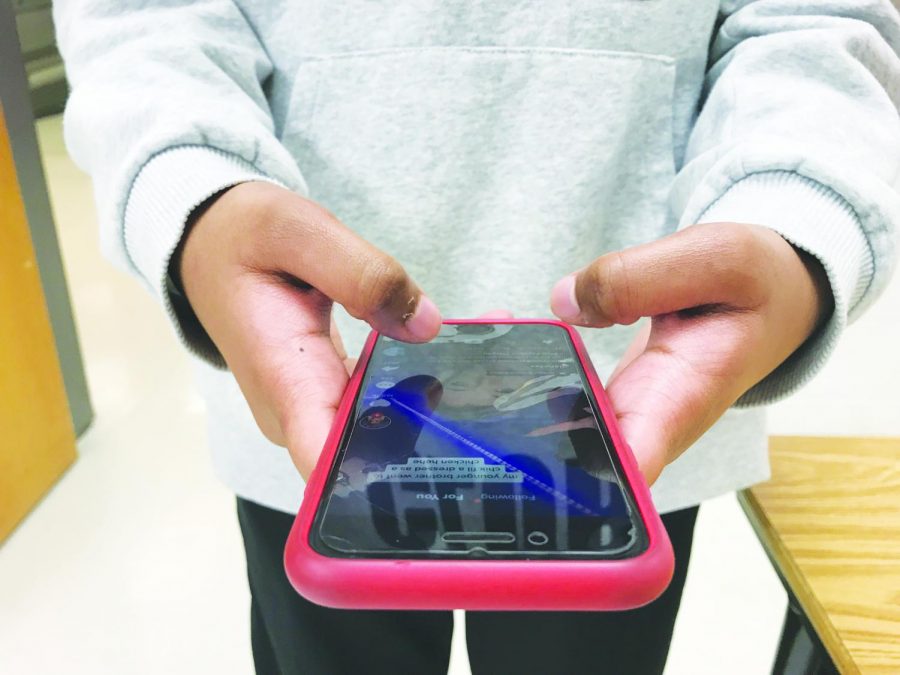 In recent years, technology has become a necessity for education. Students watch videos, take tests, complete assignments and use sites like Google Classroom and Blackboard in almost every single class.

Computers have become such a crucial part of a classroom that it is now normal for high school students to have their very own school-issued laptops.

This gives students a great tool for finding the information they need throughout their time in the classroom and while at home.

Along with that, technology greatly benefits teachers. They can use hundreds of different sites and online resources to improve their methods of teaching and help keep students more involved.

Other online tools like grading software and online assessments can help teachers save a lot of time that time can be used for more valuable learning experiences like working with students who are struggling. It helps facilitate teaching by making things more accessible.

However, while parts of technology in the classroom can be very beneficial, some ponder if the addition of school computers causes students to spend too much time behind a screen.

A study from Common Sense Media reported that the average teenager spends almost eight hours a day on their phone, which is approximately a third of their entire day. That combined with computer use substantially raises that number.

Now there is no exact amount of hours that is recommended but the general consensus of all medical professionals is the less the better. This is because it can be detrimental to the brain and eye development.

Ayesha Malik, a pediatric optometrist at Children’s Hospital in Philadelphia, helps people understand more about the possible dangers of long screen use.

“Our eyes need breaks from close-up focus,” Malik said. “While people are on their devices, their eyes are adjusting to having that screen close to their face and this causes additional strain on their eyes.”
In fact, extended screen time is linked to nearsightedness as a recent study by Children Hospital of Philadelphia has shown that that strain on people’s eyes over a long period of time slowly wears them down.
Another aspect to consider is the effect of screen time on the brain.
It is said to have caused a decrease in literacy skills and brain processing speed due to its effect on the frontal lobe and subcortical parts of the brain.
However, all these statistics show how bad screen time is, school computers are not to blame.
For one, they are used for educational purposes and are only used to further education and development, not hinder them.
The issue that we should be worrying about is the new generation of kids growing up with smartphones, tablets, and other internet-enabled electronic devices and becoming dependant on them.

There is no good reason to have kids glued to electronics if it is not for an educational reason. It is not fair to put the blame on school-issued computers when there are children who spend all their time on the electronic devices that are given to them by parents.

Some kids refuse to eat or use the bathroom without having their eyes and hands glued to a phone or tablet.
If students truly care about their health they will reduce the amount of time they spend on screens doing unnecessary internet searching and social media use.

Implementing technology into our education system has greatly improved how we learn as students.
We are in the age where the addiction of cellphone is accepted by society even though it can cause serious health risks, so why put the blame on school-issued laptops?