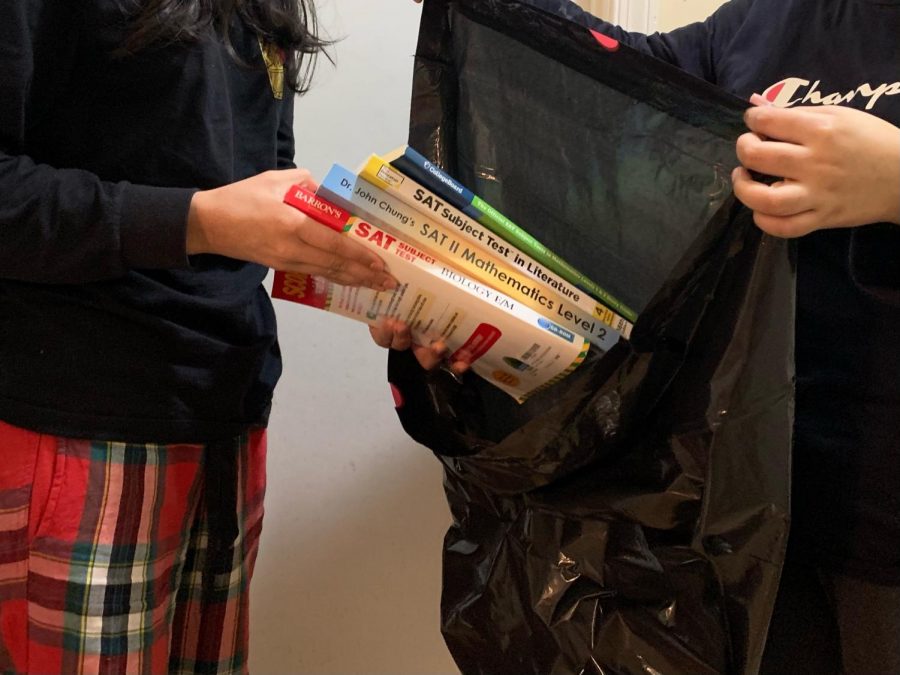 College Board has canceled SAT subject tests, along with the essay portion, hoping to simplify the admissions process. This move comes as many colleges are placing less emphasis on standardized testing.

The SAT for many years has been a familiar struggle for students applying to college. Institutions of higher education have long taken SAT scores into account when deciding whether or not to admit an applicant. However, due to the ongoing Covid-19 pandemic, the test has experienced some changes.
Many seniors will remember when last year’s March 14 SAT got canceled the day before just as the county began to sound the alarm on Covid-19. In the following months, the May and June SAT dates also ended up getting canceled as well as many locations in August.
As a result, many colleges, including top-ranked ones, went test-optional for this year’s applicants, saying they would factor in a student’s SAT score if there was one but would no longer be requiring an SAT score.
The College Board also considered administering a digital version of the test, but that quickly fell apart since students would have to have access to reliable WiFi and it would be harder to prevent cheating.
These events only further exacerbated colleges moving away from standardized testing, considering the criticism and even lawsuits accusing the test of being discriminatory.
“I don’t think the SAT’s are rigged because everyone gets the same tests,” junior Anthony James said, “but I do believe that students who get tutors and pay for practice tests tend to do better and that’s what makes the test unfair. I just feel like it just puts a lot of unnecessary pressure on students.”
The College Board recently decided to discontinue the optional essay for the SAT with the reasoning that students already show their writing skills through the reading and writing proportion of the test. The essay section was 50 minutes long and took place at the end of the test. It also cost $16 to include it.
“I was given a choice to take the writing portion of the SAT but I chose to opt out because it’s a whole other payment,” senior Lidia Mengistu said. “I know other students that also agree with me because the SAT itself is pricey and no one wants to pay for another section on top of that.”
The SAT Subject Tests were also separate tests that could be taken in a variety of subjects to show more advanced mastery. These tests, which were once requirements at top colleges, will no longer be available either.
In addition, the College Board is once again attempting to create an online version of the SAT. Whether they will be successful this time remains to be seen.