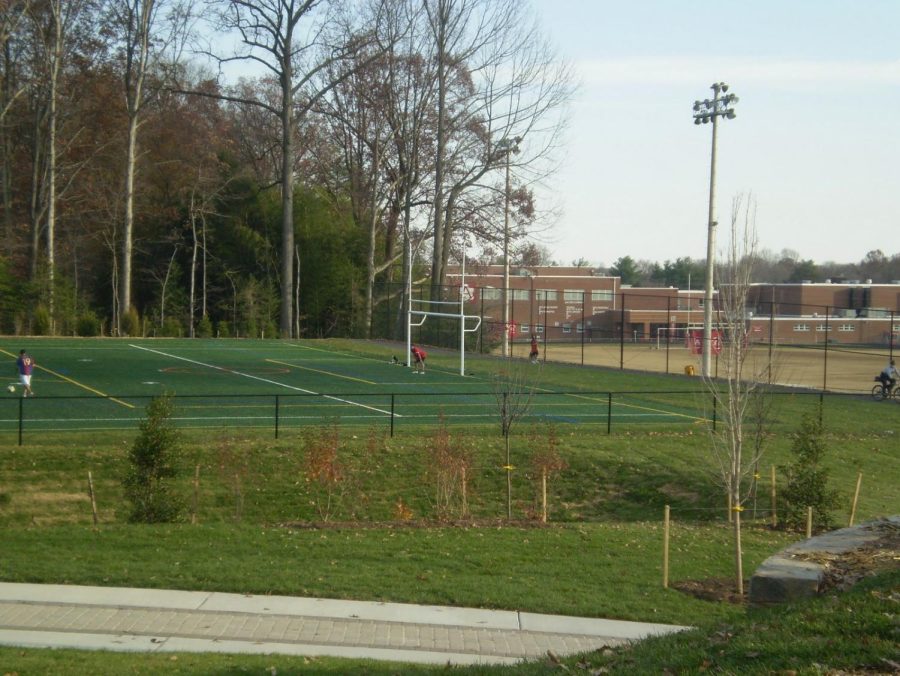 The Ossian Hall Park soccer field where the stabbing occured.

The Ossian Hall Park near AHS was shut down on the afternoon of Oct. 12. Police officers and FCPD helicopters searched the area for two suspects involved in a stabbing incident.

The victim, an adult male, was sent to the hospital with life threatening injuries. The status of his condition is yet to be released.

According to a police report, there was a dispute and a woman approached the victim on the Ossian soccer field. She proceeded to assault him with a tree branch, stab him, stole his belongings, and fled the scene.

Annandale Terrace Elementary School stopped walkers from going home and had parents check their children out. AHS was not affected as students had already been dismissed.

“Basic tips [for students to stay safe] are travel in a group, don’t walk through the park alone or at dark. Try to get a ride if you can,” student resource officer David Curcio said.