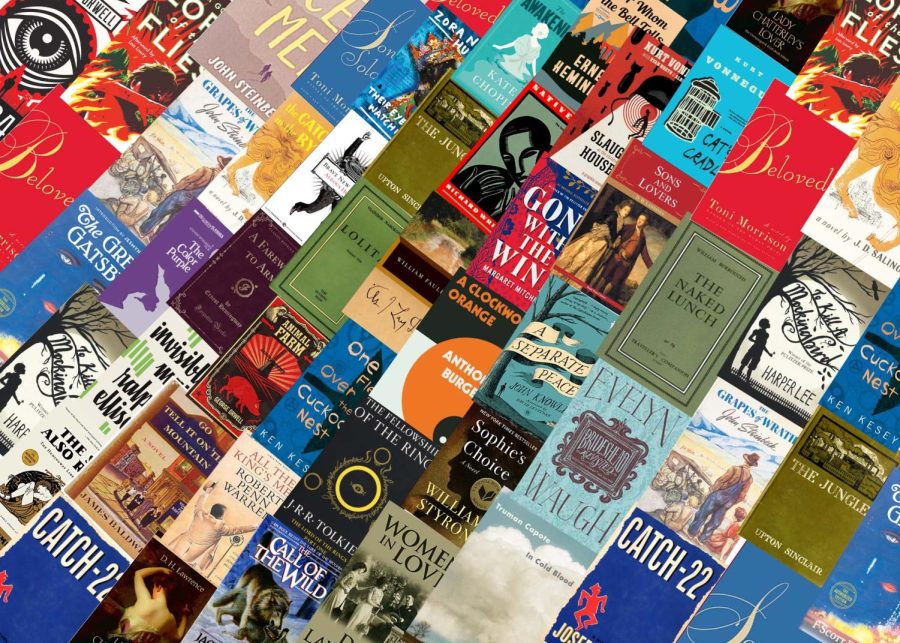 Two books have recently been put back into FCPS libraries after being temporarily removed.
Lawn Boy by Jonathan Evison and Gender Queer: A Memoir by Maia Kobabe were put under review after parents complained that the books had sexually explicit content and references to pedophelia.
“The decision reaffirms FCPS’ ongoing commitment to provide diverse reading materials that reflect our student population, allowing every child an opportunity to see themselves reflected in literary characters,” FCPS said in a statement. “Both reviews concluded that the books were valuable in their potential to reach marginalized youth who may struggle to find relatable literary characters that reflect their personal journeys.”
Lawn Boy and Gender Queer: A Memoir are both award winning books which dive into the constructs of gender and sexual indentities. Gender Queer: A Memoir is owned by seven high school libraries and Lawn Boy is owned by 12.
“I think it [library censorship] is nonsense and totally useless to try and ban books that kids are going to seek out if they want to. The other thing is that a lot of the books that are coming up as challenged recently deal with a lot of different identities and students deserve to be able to find texts that are representative of them,” English teacher Sasha Duran-Russel said. “Sex and identity can be a difficult topic for parents to approach with their kids, and they might be uncomfortable knowing these books are out there, but a lot of these books that are being censored are there to help kids and affirm their identities in the face of parent discomfort. The authors wrote tese books so LGBTQ kids can feel less lonely and if you are trying to ban them you are saying that the feelings of LGBTQ kids do not matter.”
When librarians look to purchase new books, they have to read professional reviews. If the professionals recommend the books, they can be ordered for schools.
“I feel that if a book has made it through that gauntlet then it is probably appropriate for a high school. There is objectionable material depending on your perspective. Censorship in general is bad. Its [books] just written words, you can read and figure out if you want to read more of it,” AHS librarian Jane Scharankov said. “I understand why some people feel the way they do. I do not generally agree with censorship, especially in high school.”
FCPS rarely bans books and challenges do not happen that often. One of the more well known challenges was in 2013 when Laura Murphy, a Lake Braddock Secondary School parent, tried to get Beloved, by Toni Morrison, banned.
Murphy pushed to get Beloved banned for six months after her son got nightmares after reading the book. Her challenge was unsuccessful and Beloved is still taught in English classes across the county.
“Later this school year we are going to read Beloved by Toni Morrison and that is one that is frequently challenged. We have not been stopped from teaching it, but if we ever are stopped from teaching it, I would want it reinstated because it is so powerful,” Duran-Russel said.
The push for increasing censorship in schools has started to gain traction with Glen Youngkin winning the Virginia gubernatorial election. One of Youngkin’s main goals is to increase parent involvement in what kids learn in schools.
“I really hate all of this censorship stuff,” junior Evan Newton said. “Books should be available to everyone and when schools pull them off of shelves it limits what people can learn.”
“Censoring books and libraries is honestly awful. If you want to have a more educated generation that will not repeat history, you have to introduce them to this content,” junior Kaleia Cook said.