Chorus students put on a spectacular production of Broadway Desserts 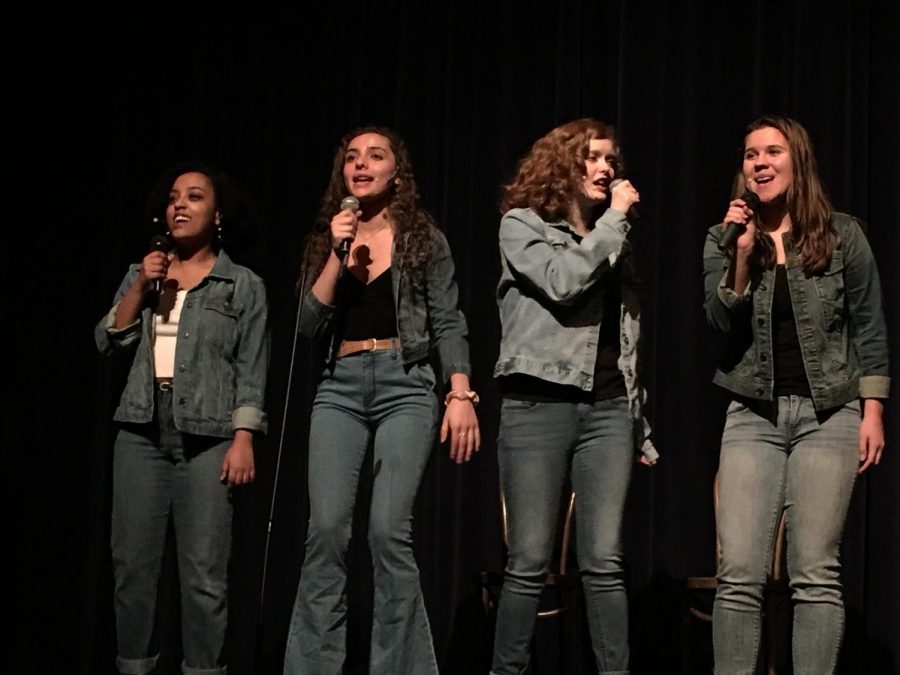 AHS’ chorus company presented a phenomenal show called Broadway Desserts on Feb. 14, 15, and 16.  As always, the show opened with the entire choir department singing “Everything’s Coming Up Roses” from Gypsy. Poe and Holmes Middle Schools sang with the AHS singers to experience chorus on a whole new level.

“Broadway Desserts has always been a traditional show that I remember being in when I was in middle school,” Zewdu said. This show is annual and seems to steadily improve every year. The vocals were on point and the choreography was neat, fun, and interesting.

A few other songs performed were “How Far I’ll Go” from Moana, “Seize the Day” from Newsies, “Same Kinda Time” from Dog Fight, “When I Grow Up” from Matilda, and “Seventeen” from Heathers. The singers all executed great versions of the song through their emotions, staging, and outfits.

Each night the auditorium was packed with a diverse set of audience members. Many of them were not students from AHS. For example, alumni, parents, friends, and even students from other schools all came and enjoyed a relaxing evening filled with melodious music and delicious desserts.

Despite the many canceled rehearsals and postponed show dates, the singers pushed through and executed near-perfect productions.

“It’s been stressful with all of the snow days and the new show dates, but we made it – we did it!” Zewdu said. “I am very proud of all of the work my classmates have done. They are all quite talented and I love them.”