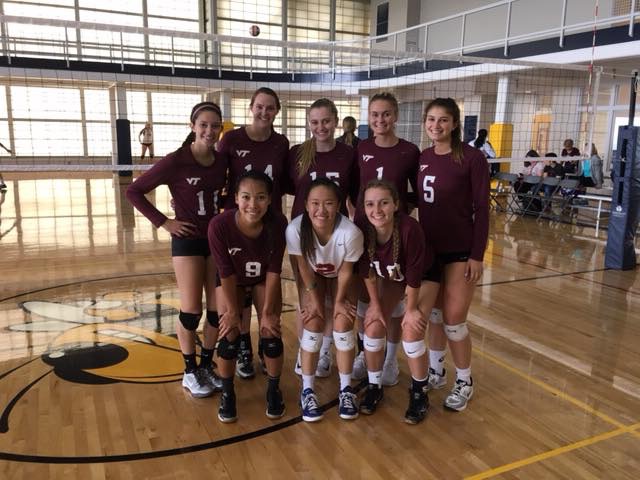 Despite popular belief that being recruited to play for a school’s sports team is the only opportunity to be a part of athletics in college, this is not always true.

It is true that there is higher competition at the level that those sports are on, but there are plenty of other opportunities to be a part of sports in college.

One way is to attempt to be a walk-on to one of the varsity teams by trying out and earning a position on team, despite not having been recruited or offered an athletic scholarship previously.

Or, one could join a club or intramural sport at the school.
Former AHS student and recent graduate Lucie Lefbom currently attends Virginia Tech. Despite participating in both volleyball and swim throughout her time at AHS, Lefbom was not offered a scholarship opportunity.

This did not stop her from joining a sport in college as she is now a part of the club volleyball team at Virginia Tech.

“Playing a club sport definitely has many benefits to it,” Lefbom said. “It’s awesome because it helps you stay in shape and the people on the teams are so nice.”

There is a much decreased level in competition when going from the varsity level sports at a university or college to the level of competition of the club or intramural sports. However, this is not always deemed a negative.

“Another benefit to club sports is that they are not as serious and do not take as much time,” Lefbom said. “And you still get to play the sport you love.”

If not offered an opportunity or scholarship to play at the college level for a sport after high school, one should always consider club sports in college.