Emily Pope sets new school record with a time of 13:58 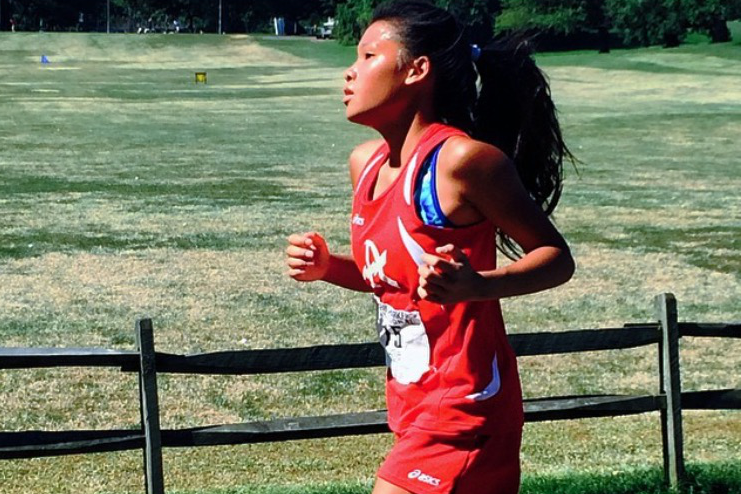 At the PR Kick Off Invitational, Pope finished with a time of 13:58 setting a new record for Atoms by breaking the former school record of 15:08 for that meet. The old record was shattered by well over one minute.

The Atoms have been attending the PR Kick Off Invitational for about the past five years and now there is a new Annandale personal best for that invitational.

Pope was very proud of her accomplishment and saw it as her hard work and always pushing herself to her limits in cross country paying off.

“I actually did not know that I had broken the record until about a week after, but it was definitely a really nice surprise when finding out and I was proud of the accomplishment” Pope said.

Pope has been putting in the miles during practices since freshman year working hard to improve. She has continued to run everyday and adds more distance to her runs to try and get better.

“I have improved throughout high school by running as often as possible and by increasing my mileage” Pope said.

Her times show that she has really been getting faster and improving since throughout her years of participating in cross country. Pope strives to do even better this cross country season and set new personal records as it his her final year.

“My goals for this year are to finish the season with a new personal record at conference and to continue running each and every day” Pope said.

Head coach of the girls cross country team Phil Harris was proud of Pope’s new record having coached her for the past four cross country seasons.

It has been a long time since the Atoms have earned a medal at the PR Kick Off Invitational but the drought ended this year with Pope’s outstanding time.

Pope was one of the top finishers at the meet overall which resulted in her medaling.

“I have not seen a girl medal in the last three years, it was truly one of the happiest days for me since I have been coaching” Harris said.

“The meet was truly great this year, the sophomores, juniors, and seniors all placed higher and improved since last year” Harris said.

The younger runners on the team this year are working harder to improve and the seniors are pushing hard to set new personal records in their final season in cross country.

With only one meet finished, the Atoms still have a long season ahead of them with 10 more meets lined up to take place during September and throughout October until conference finals begin.

With more practices to take place now that the first meet is over, many runners are looking to work harder during practices to improve their personal times.

Last season the girls team had a successful season. Many runners improved their times and ran well enough to earn a spot in many invitational meets.

The girl’s team last season also had many runners make the Patriot Conference Finals. Younger runners last year were impressive and made conference. The team hopes to repeat that same success this season and have many runners set new personal records and improve more upon their times.

The team looks to have even more runners advance to the conference finals and beyond after the regular season is over. An increase in the number of Atoms at conference would show significant improvement.

The Patriot Conference finals will be taking place near the end of October for the girls team.

The next meet for the team will be the Monroe Parker Invitational followed by the Oatlands Invitational. Both are meets that the team has been running in for the past years.