Girls Basketball looks to bounce back after loss 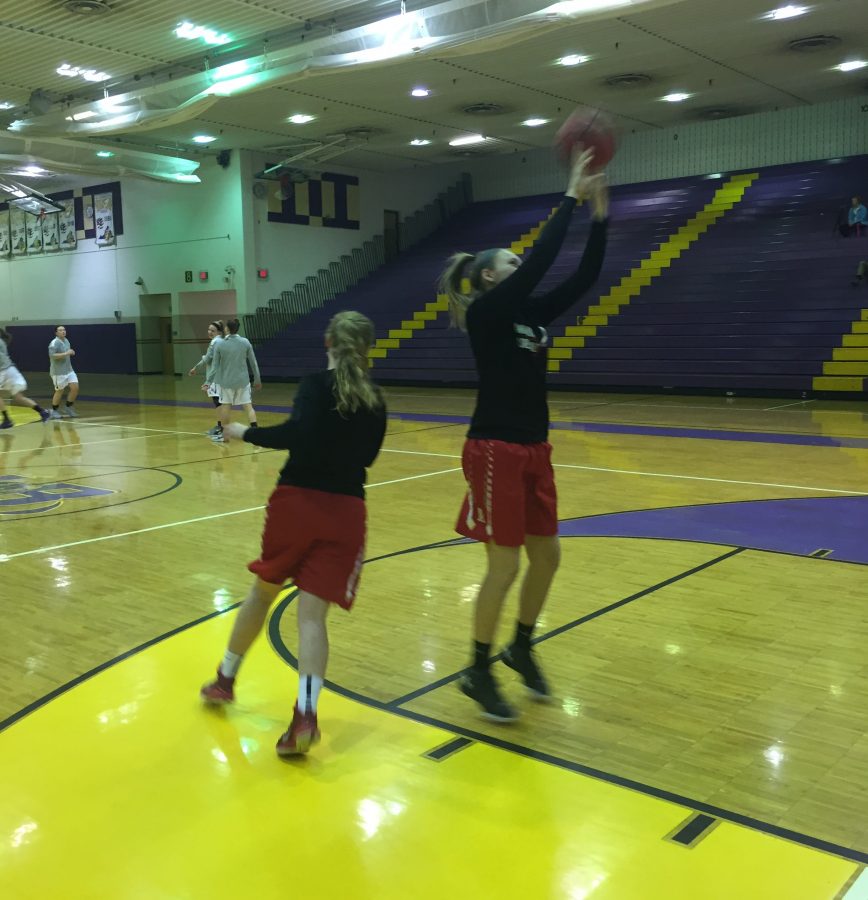 Junior Grace Hatch takes a warm-up jump shot for a game against Lake Braddock on Jan. 10.

The girls varsity basketball team was defeated by the Lake Braddock Bruins by a score of 53-44 in a tight match-up. The Atoms came out of the gates strong knocking down multiple three point shots in the opening quarter to take a slim 13-10 lead over the Bruins.

Going into the half, sophomore Sarah Shamdeen lead the Atoms with 10 points and senior Katie Garrish having eight points. For the Bruins, senior Kate Esper and sophomore Alaina Park lead their team with eight and seven points respectively.

In the the third quarter the Bruins defense stepped up playing full-court press in some circumstances with forced multiple Atoms turnovers.

“As a team we did not communicate well together and did not box out as well as we could have, we can always improve on those things as a team,” junior Grace Hatch said.

The Bruins capitalized on mistakes made by the Atoms which allowed them to open up their lead to 43-30. Lake Braddock outscored Annandale 17-6 in the third quarter which allowed for their 13 point lead heading into the fourth and final quarter.

However, intentionally fouling would not work out for the girls as the Bruins would go on to drain their free throw attempts to win the game 53-44.

“Lake Braddock didn’t do much offensively or defensively that we weren’t prepared for, we were just not playing our best basketball,” Hatch said.

Garrish lead the Atoms with 17 points and Shamden finished with 13 points.

For the Bruins, seniors Bailey Edwards and Kate Esper lead the team with 12 and 10 points.

The Atoms coming off a ten point 52-42 victory against the Woodson Cavaliers battled hard against the Bruins but were unable to pull out a victory.

“We plan on working harder in practice on things that we didn’t do well against Lake Braddock in order to improve for our next games,” Hatch said.

The team looks to improve for coming games against the Mount Vernon Majors and South County Stallions.