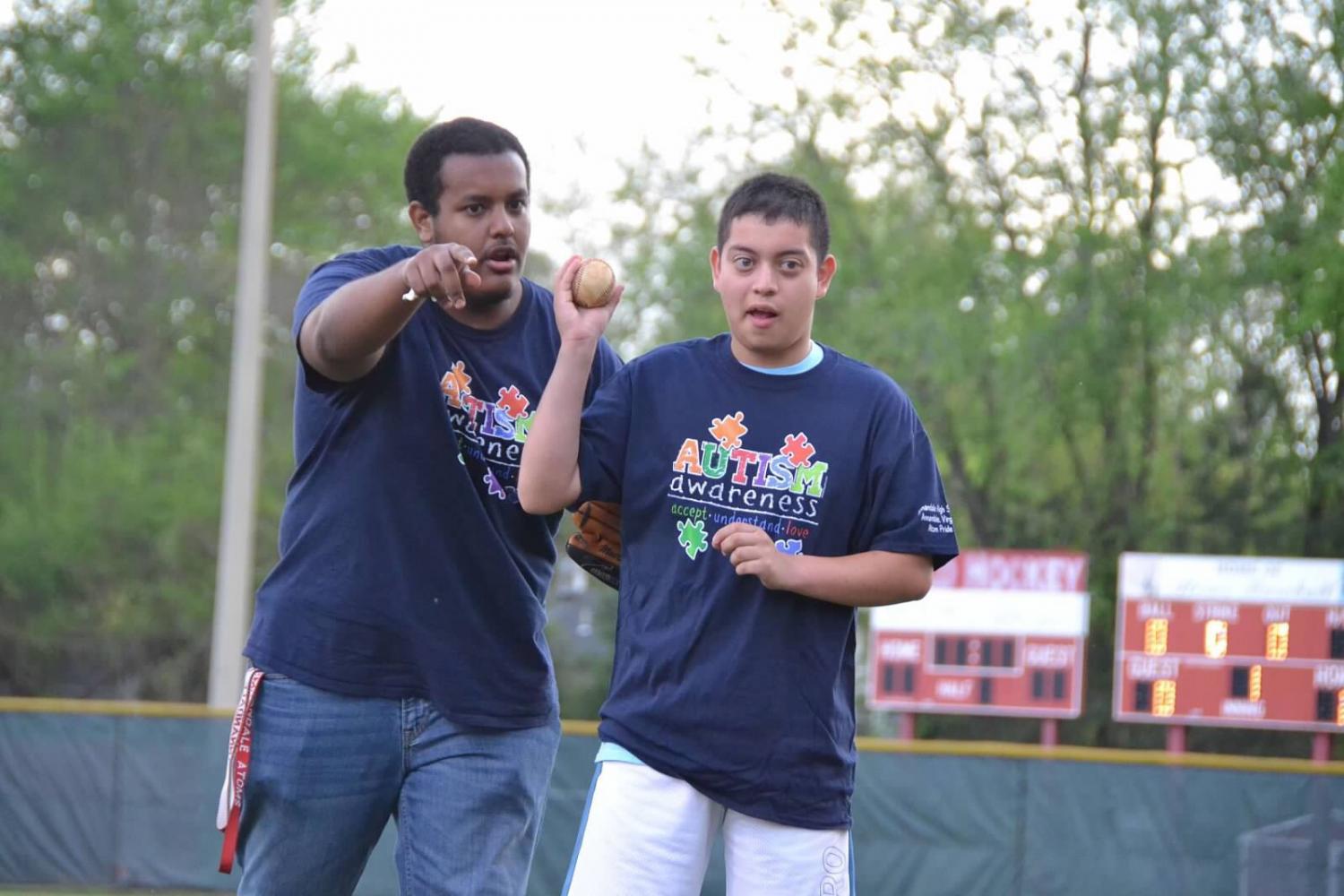 The Atoms baseball team took on the West Springfield Spartans on April 21 on Autism Awareness Night.

“I really enjoyed how the Autism Awareness Night was embraced by the students and faculty,” Head Coach Christopher Bagot said. “It is important for our athletes to understand some of the larger issues in the world.”

In the match-up against the Spartans, the Atoms fell behind early and trailed 3-0 at the end of the first inning. The team tried to get back into the game with a double play to end the second inning.

With junior Travis Beacom up to bat at the top of third inning, the Atoms would be able to eventually score and shrink the Spartan lead to 3-1.

The Spartans would come back in the next inning to go back up 4-1 with senior Ryan Peich on the mound.

The Atoms kept the game close throughout the first four innings but with multiple mistakes and too many free bases given up, the Spartans expanded their lead and never looked back.

The Atoms went on to be defeated 14-1 by the Spartans for the second time this season with the first game against the teams being a 13-0 Atoms loss on March 21.

“We had multiple errors and let a game that was close get out of hand,” Bagot said.

The team has repeated the mistake of letting up and taking their foot off of the gas pedal multiple times this year which has caused many winnable games to be lost.

“We have gotten off to good starts against South County and West Springfield but both of those games got out of hand,” Bagot said. “We just need to put seven innings together.”

With the team’s record having dropped to 2-14 on the season and only six more regular season games remaining, the Atoms look to make more improvements to their game and put together a winning streak.

“We need to be more consistent in our play throughout the whole game,” junior Ryan Gammon said. “With putting forth our full effort every inning and having better consistency we can start to win more games.”

The Atom’s next game will be an away game on April 25 against the TC Williams Titans. The Atoms faced the Titans earlier this season on March 24 and were defeated by a score of 15-3.

“For our next games, we can improve on throwing more strikes,” Peich said. “We are still giving up too many free bases which has led to games getting too far out of reach for us to win.

One key improvement for the Atoms throughout the season has been the gained varsity experience for the younger players which was problematic early in the season.

The gained experience was key in the team’s lone regular season victory against the Lee Lancers 12-11 on April 1.

Since their last victory, the Atoms have been on an eight game slide, a losing streak the team looks to snap in their coming games.

“We are confident that we can break our losing streak in our next games,” Gammon said.

Following the Atom’s game against the Titans, the team will face the WT Woodson Cavaliers on April 28. The Cavaliers have had a fairly successful season thus far with a record of 10-4.

The teams took on each other earlier this season on March 28, a game the Atoms narrowly lost 9-6.

Picking up more regular season game wins will be vital for the Atoms’ momentum heading into the first round of the Patriot Conference Tournament on May 12.