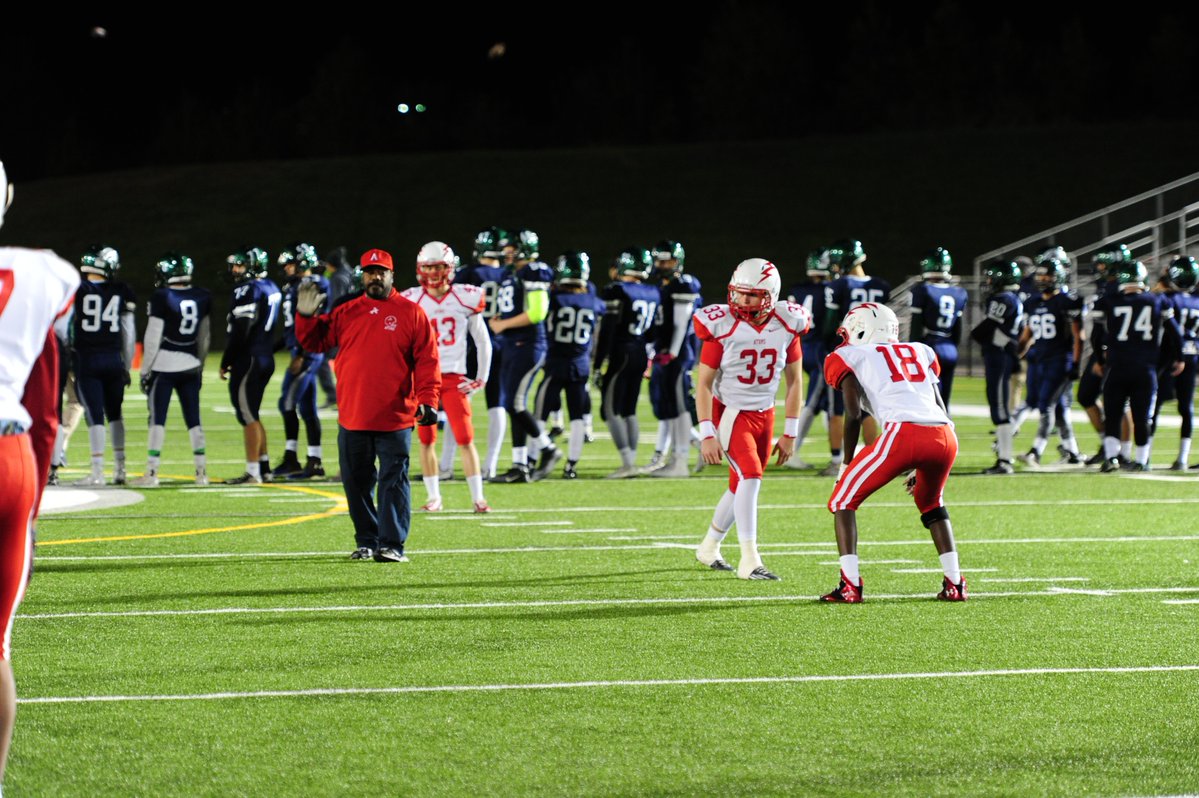 Coming off from their previous win in a scrimmage against the Edison Eagles, the Atoms football team will soon be facing the Jeb Stuart Raiders as their first game of the season this Friday, Sep 1.

The team’s upcoming game will be very important as the Atoms look to improve upon from their record the prior year. Last season was filled with ups and downs, with an overall record of 3-7.

With a week’s of endless practices and hard workouts, they are looking to triumph over the Raiders and gain momentum to take into their next game

“Our practices leading up to the Raiders are intense,” said junior Sam Phan. “We want to live up to last year’s game and hype along with it.”

The Atoms football team will be looking to figure out is the new conference. VHSL put Annandale and a few other district rivals in a new district. The Gunston district is now the district that we will be competing in, with rivals West Potomac, Mount Vernon, T.C. Williams, and a new rival, Hayfield.

“With the reconfigured district I think we are going to be better and have a better season,” said junior Devin Gill.

The Atoms faced tough defeats last year against West Potomac and  T.C. Williams, but were victorious against Mount Vernon  by a score of 28-21.

“Every week we always like to think that we’re 0-0 and that every week is a new week,” Phan said. “When we win, we’d always like to keep winning regardless of the game from the previous week.”

The Atom’s football team will be looking to win this first game to honor their beloved coach, who recently passed away. Coach Jefferson passed away with a sudden heart attack, shocking all.

“It’s going to be really hard playing without coach Jefferson. He was one of the best coaches i’ve ever had, and it’s going to be hard to be on the field without him,” said Gill.

Coach Jefferson was in charge of the linebackers, and they feel motivated to perform in honor of him.

“Coach Jefferson was a really good coach and was always there for the team” said junior Alex Bellem.

The team is dedicated to triumph and show just how much Coach Jefferson meant to the team.

The Atoms are dedicating their game against Jeb Stuart to him.

The Atoms plan to take advantage of Jeb Stuart’s seven two way players, by wearing them down.

“We need to stay on the attack and wear them down so that it becomes easier later in the game”, said Bellem.

With seven players playing offense and defense, that means that those seven will tire quicker than the rest of the team.

The Atoms will be looking to take advantage of this opportunity.